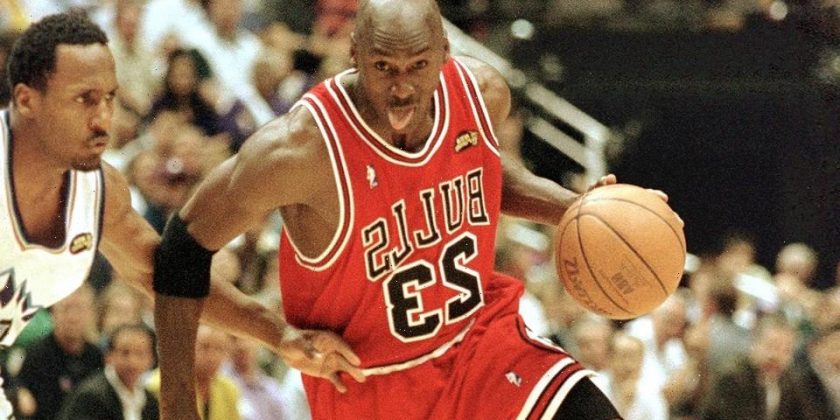 One of sports’ greatest memorabilia has officially hit the auction block. In honor of the 25th anniversary of Michael Jordan‘s legendary ‘97-98 NBA season, Sotheby’s is auctioning off the jersey Jordan wore in Game 1 of the 1998 Finals against the Utah Jazz. This is also the same jersey seen worn by Jordan in the Last Dance season with the Bulls.

Sotheby’s estimates that this jersey will sell for at least $5 million USD. The significance of the jersey is tied to the game as Jordan played 45 minutes in Game 1 of the 1998 finals, the most he has ever played in any of the final games that season. The iconic red Bulls jersey marks the start of his final journey towards his sixth NBA championship. In that game alone, Jordan scored 33 points and sent the game into overtime.

The ‘97-98 season was Jordan’s final season with the Bulls and to most fans, it was perhaps his most beloved season. It was at that time that the Michael Jordan era hit its apex, allowing the player to cement himself as one of the most popular athletic figures in the world. The jersey is only one of two Jordan’s game-worn NBA finals jerseys that have appeared at auction. The bidding for the jersey begins on September 6 on Sotheby’s.