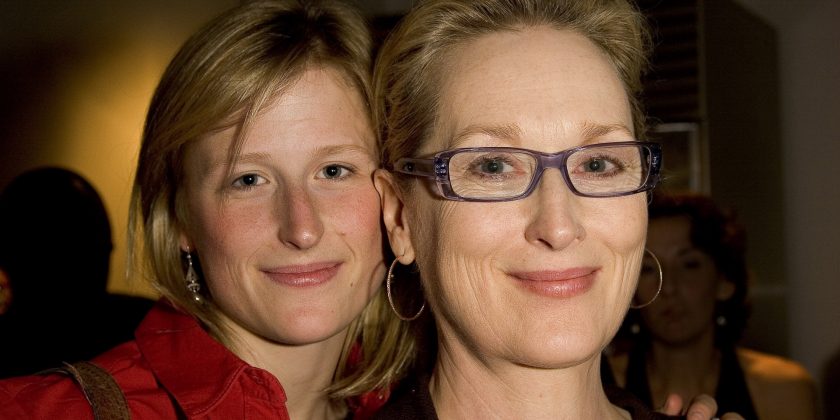 Granny Meryl? GranMer? Glam-ma? Meryl Streep better nail down her grandma name now, because it won’t be long before she’s fussing over her very first grandbaby. Per Us Weekly, Streep’s daughter Mamie Gummer is expecting.

Mamie was married once before to actor Benjamin Walker, whom she met on the set of Dangerous Liaisons in 2008. They split in March 2013 after nearly two years of marriage. “It’s very amicable,” her rep said at the time of the divorce.

In August 2018, Mamie got engaged to her present-fiancé Mehar Sethi while on vacation in Croatia. In a post that has since been removed, Sethi shared a photo of Mamie on Instagram, along with the caption, “My fiancé.”

Streep and her husband, Don Gummer, have four children: Henry, 39, Mamie, 35, Grace, 31 and Louisa, 27. Mamie is the oldest daughter and the first of the Gummer kids to start their own family.

Neither Mamie nor Streep have publicly commented on the news yet, but both mother and daughter are undoubtedly over the moon about this new addition to the family.

And, although becoming a parent can be an intimidating prospect, Mamie has an amazing role model in her own mother.

In 2016, she shared one example of Streep’s incredible parenting with RadioTimes. Mamie was 13 at the time, and she’d dressed up as Charlie Chaplin for a Halloween party. It was her first Halloween as a teen and, when she arrived at the party, no one else had dressed up.

All of her friends, she recounted, were wearing regular clothes and “flirting with boys.” Mamie was mortified, but Streep didn’t miss a beat. “Mum, without blinking, gave me her leather jacket, put it on over the costume and wiped my make-up off,” Mamie told RadioTimes.

She added, “It was that transition [from childhood to adulthood] that’s so difficult for kids, made within the space of 20 minutes. And she was there on both sides of it. She’s a great mother.”

Congrats to Gummer and Grandma Streep!