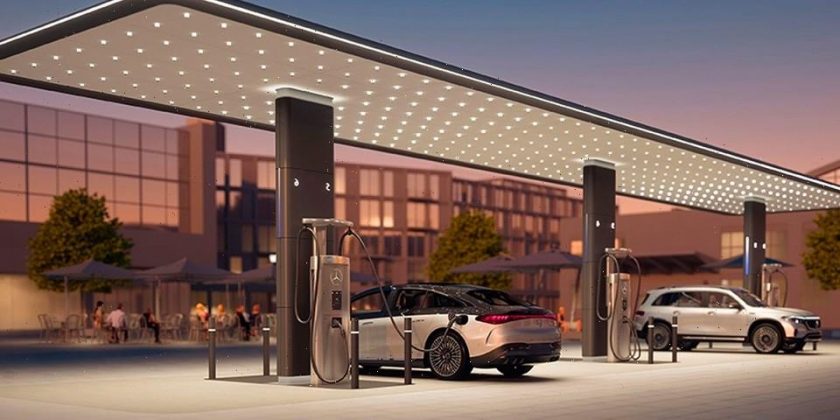 Mercedes-Benz is stepping up its EV game as much as possible as it works towards its goal to go all-electric by 2030.

The German automaker recently announced in Las Vegas at the Consumer Electronics Show (CES) that it has plans to launch its own high-powered EV charging network by the end of this year. Starting in North America, Mercedes-Benz is moving forward with this portion of its all-electric strategy by ensuring effortless and rapid charging for its current and future EV car owners. The plan is to establish more than 10,000 high-power charging stations across the globe, spanning from North America, Europe, China and other main markets.

The focus is on renewable energy and the project will see charging stations built across the U.S. and Canada starting this year. Other regions around the globe will follow suit. Mercedes-Benz’s aim is to have an established charging network in the major markets before going fully electric in a decade. Kicking off the charging rollout in North America, the company announced at CES that it would collaborate with MN*, one of the largest solar energy and battery storage owners and operators in the US, and ChargePoint, a leading EV charging network technology company. The goal is to have over 400 charging hubs across North America with more than 2,500 high-power chargers by 2027.