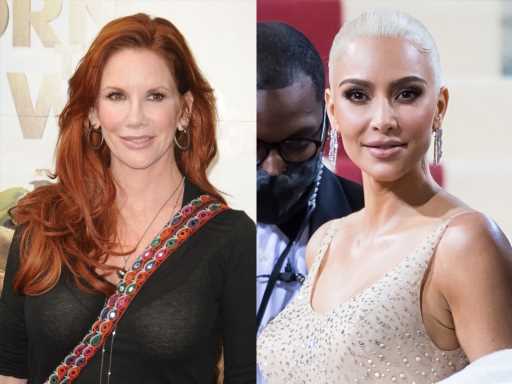 Melissa Gilbert has been sounding the alarm lately on the pressures of aging on women. She decided to give up Botox and enjoy the privilege of growing older because she realized she “was caught in that wheel of trying to stay young.”

Believing it sends “a dangerous destructive message” to Gen Z and Millennials, Gilbert wants “to inspire other women to join this movement, to be who we are and know that this is not only is this enough, it’s more than enough.” Kardashian is defending herself to The New York Times, saying that her choice to lose weight to fit the dress wasn’t “unhealthy” and likened it to an actor getting ready for a character. “To me, it was like, ‘OK, Christian Bale can do it for a movie role and that is acceptable.’ Even Renée Zellweger gained weight for a role,” she said. “It’s all the same to me. I wasn’t saying, ‘Hey everyone, why don’t you go lose this weight in a short period of time?’”

'Back to the Prairie'

Kardashian was fortunate enough to have access to a trainer, chef, and nutritionist to guide her through that weight loss, but not everyone is as privileged — and that’s likely why Gilbert is calling her out. The SKIMS founder has to understand her power over young women and how that influences them to often follow her lead — there is a responsibility to her role.

Before you go, click here to see more moms who’ve opened up about their plastic surgery procedures.