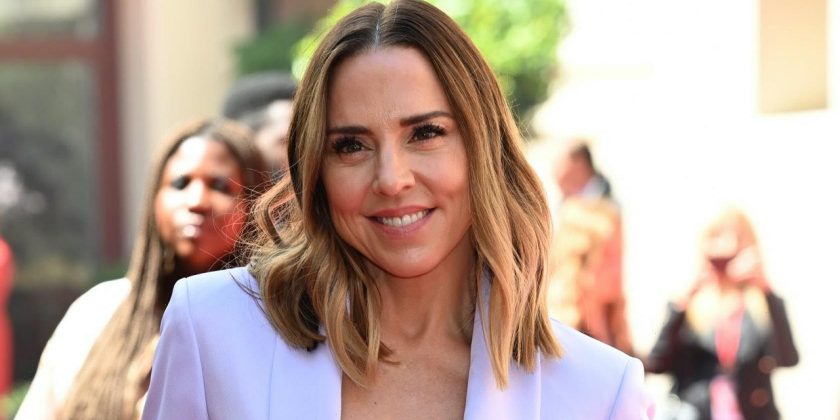 In a new interview, the Spice Girl opened up about her experiences with depression and disordered eating during her time in the band.

For many of us, the Spice Girls encompass everything that was fun about the 90s – from their catchy songs to their iconic looks. But behind the scenes, things weren’t always so joyful for the women we knew and loved, as Melanie Chisholm, aka Mel C, has revealed in a new interview.

Speaking ahead of the release of her autobiography Who I Am, which sees the star provide a “full and honest account” of her experience in the band, Mel C spoke openly about how her mental health suffered during the peak of her Spice Girls fame.

Revealing that she suffered with disordered eating alongside clinical depression during her time in the band, Mel C said she wanted to share her experience to ensure other young stars were aware of the consequences of fame.

“It is such a mixed bag of emotions when I look back, because us girls achieved so much, we accomplished our wildest dreams,” she told the Daily Mail.

“I never want to look back on that time negatively, but it is important for me to tell the difficult parts of my past. Our culture has changed so much and so many young people are hungry for fame. And I just want them to be prepared. It’s not plain sailing.”

While Mel C was far from the only band member who struggled at the time – Victoria Beckham, for example, has spoken out about dealing with anorexia and bulimia while she was in the Spice Girls – she said her health got so bad that she’s not sure how she continued working.

“I was quite unwell for a few years,” she said. “When I look back, I don’t know physically how I did it; when you consider how little I lived on and how much exercise I was doing alongside a brutal schedule.”

Various members of the Spice Girls have spoken about how their fame affected their mental health in the past.

She continued: “It was more the level of fame. And so many of my issues were driven by control or lack of control. I was binge drinking. I was binge eating. I was embarrassed and ashamed of it. I had to keep it a secret because even though you’re in denial about it, there’s still that tiny little voice going: ‘This isn’t right, you can’t continue like this.’ But I didn’t want to face it.”

Eventually, she convinced herself to face her struggles and sought help from a doctor who diagnosed her with clinical depression, anorexia, binge-eating disorder, agoraphobia and severe anxiety. As a result, she began to take antidepressants – and slowly but surely, she found herself on the road to recovery.

This isn’t the first time Mel C has spoken about her mental health. In fact, she’s been pretty open about her struggles, including how her title within the band – sporty spice – made her feel worry about the way she looked.

“I read about myself and wondered who that person was. I am sporty and athletic, but I am quite soft and gentle really,” she said during an appearance on Desert Island Discs. “I was described as the plain one at the back. So I tried to make myself perfect. I ended up making myself really ill. I was anorexic for a few years. I was exercising obsessively and I ended up being incredibly depressed. I was in denial.”

While it’s great to know that Mel C is doing better now, it’s sad to think about the impact the Spice Girls’ fame had on the women at its core.

If one thing’s for sure, Mel C’s story is a reminder that you never know what’s going on behind the scenes – and just because someone seems OK, doesn’t mean they’re feeling that way inside. It’s why asking our friends how they’re doing is so important: it may not seem like that big a gesture, but it can start important conversations.

Who I Am: My Story by Melanie C is out on 15 September

If you, or someone you know, is struggling with their mental health, you can find support and resources on the mental health charity Mind’s website and NHS Every Mind Matters or access the NHS’ list of mental health helplines and organisations here.

Additionally, you can ask your GP for a referral to NHS Talking Therapies, or you can self-refer.

For confidential support, you can also call the Samaritans in the UK on 116 123 or email [email protected] In an emergency, call 999.