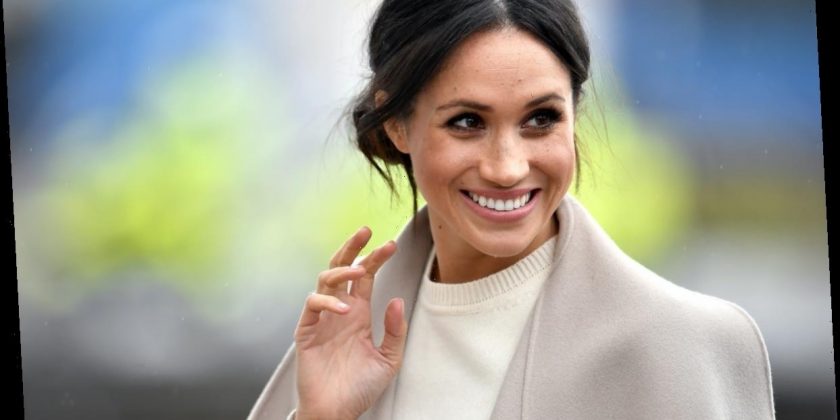 Markle described the Supreme Court Justice as a "true inspiration" in a statement.

In a moving statement released in the wake of the Supreme Court Justice’s death on Sep. 18, Meghan Markle encouraged people to honor Ruth Bader Ginsburg with their actions going forward, according to Town & Country. The Supreme Court announced that Justice Ginsburg had died at the age of 87 due to complications related to "metastatic pancreas cancer," after serving on the Court for nearly three decades.

Over the course of her career, Ginsburg was a leader in the fight for women’s rights, frequently arguing for equality for women under the law, as well as supporting the Equal Rights Amendment in order to establish equal rights for all Americans, regardless of sex or gender. Like many other celebrities and political figures, Markle celebrated Ginsburg’s legacy and tireless dedication to ensuring that men and women have equal rights in the eyes of the law by encouraging people to follow in the Justice’s footsteps.

"With an incomparable and indelible legacy, Ruth Bader Ginsburg will forever be known as a woman of brilliance, a Justice of courage, and a human of deep conviction," she said in a statement that was shared by her representatives on Sep. 19. "She has been a true inspiration to me since I was a girl." Markle concluded her statement with a call to action, telling people to "honor her, remember her [and] act for her" going forward.

Markle herself has long followed in Ginsburg’s footsteps in the fight for women’s rights and equality for men and women; when she was just 11-years-old, the former Suits star famously wrote a letter to Proctor & Gamble in response to a commercial that she felt was sexist. After watching an Ivory dish soap ad in school, Markle took issue with the fact that the script included the statement that "women are fighting greasy pots and pans," and suggested that they instead replace the word "women" with "people" — and Proctor & Gamble did just that. "I don’t think it’s right for kids to grow up thinking these things where just mom does everything," she said during a 1993 appearance on Nick News with Linda Ellerbee. "It’s always, ‘mom does this, and mom does that.’" (1993 also happens to be the year that Ginsburg was sworn in as a Supreme Court Justice.)

In 2015, Markle gave a speech at the United Nations reflecting on that experience and the way it taught her to use her voice to fight for equality. "It was at that moment that I realized the magnitude of my actions. At the age of 11, I had created my small level of impact by standing up for equality," she said at the time. "[We need to] mobilize girls and women to see their values as leaders and to support them in these efforts. … In doing this, we remind girls that their small voices are in fact, not small at all, and that they can affect change."

While she used her platform as the Duchess of Sussex to fight for equal rights by championing the importance of girls’ education and supporting the Time’s Up and #MeToo movements, Markle has also hinted that she plans to be even more outspoken in the fight for racial and gender equality now that she and Prince Harry have stepped down as Senior Royals. "From my standpoint, it’s not new to see this undercurrent of racism and certainly unconscious bias, but I think to see the changes that are being made right now is really — it’s something I look forward to being a part of," she said during an August interview with 19th News. "And being part of using my voice in a way that I haven’t been able to of late."