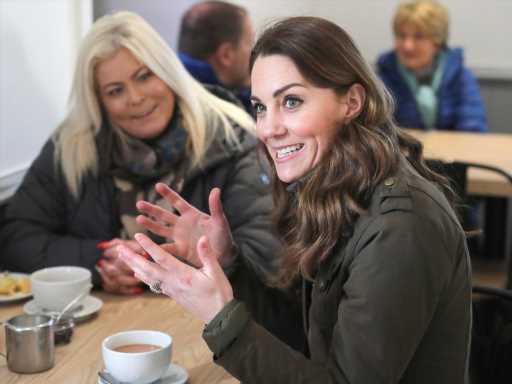 Another royal family-adjacent individual has stepped up to make their feelings known about Meghan Markle and Prince Harry’s Oprah interview earlier this month, zeroing in on the Duchess’ clarification of an incident between herself and Kate Middleton in 2018 in which Kate made her cry, though tabloids reported the opposite six months later. Now, Kate’s uncle (mom Carole Middleton’s brother) Gary Goldsmith has spoken to The Mail on Sunday to contend that he doesn’t believe a word out of Meghan’s mouth, based not on new information or firsthand knowledge of the event, but his overall impression of his niece in the time he’s spent with her (how much time that is, we don’t know). Per The Sun’s report, Goldsmith has plenty to say about what Meghan’s like and what the royal family are like, despite this being the first we’re ever hearing of him. And we couldn’t help but think of another few in laws who have always been eager to sound off on topics they seem ill-equipped to address: Meghan’s estranged father and sister, Thomas and Samantha Markle. 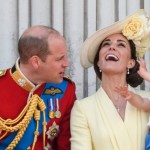 In his defense of Kate, uncle Goldsmith invoked his overall impression of the Duchess of Cambridge’s character: “I’ve known Kate since she was born and she doesn’t have a mean bone in her body. It’s just simply not in her nature,” he said, per The Sun. “She’s even lovelier on the inside than on the outside. If anyone had a hissy fit, it must have been Meghan.”

Now that we have the context that this is a man who describes women getting angry or upset as having “hissy fits,” we encourage you to make that grain of salt you’re taking his words with even larger.

“Kate would have been trying to make the peace,” Goldsmith concluded. “I would fight for Kate’s honor until the day I die. She is the most spectacular person I’ve ever met.”

Congratulations to this uncle and his lovely-on-the-outside niece, but we’re really not sure why The Mail on Sunday considered his opinion worth seeking out, except of course that it dovetails nicely with their continued criticism of Meghan. Similarly, Thomas and Samantha Markle have continued to share their thoughts on what Meghan is doing right or wrong with regard to the royal family, despite the apparent reality that neither has seen her or had contact with her for at least three years.

If Kate didn’t have full sympathy for Meghan’s trials with dad Thomas before, perhaps Goldsmith coming forward now will give her new perspective on what she was dealing with. As always, we’re certainly curious to see if and how the Duchess might choose to respond herself — a rarity, but one that a close family member speaking out might necessitate.

Before you go, click here to see celebrities who have spoken out about being estranged from family.