It took the palace seven weeks to update their website, but Prince Harry and Meghan Markle’s daughter, Lilibet Diana, has been officially added to the royal line of succession. There wasn’t an explanation from the royal family as to why it took so long, but ITV News Royal Editor Chris Ship is probably the one the Sussexes have to thank for pointing out the oversight. 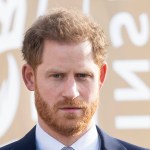 Ship tweeted out on July 23 a list of topics for The Royal Rota podcast, including this important note: “Why *is Lilibet missing from the Order of Succession?” With Lilibet now seven weeks old, there was plenty of time to make the addition, especially since it isn’t a major website overhaul — it only involves adding one name to the Order of Succession and shifting the names below it down a number. Well, the palace must have heard Ship and royal watchers’ cries because the change was made on Monday, July 26.

“It took the Palace a little over 7 weeks – but Harry and Meghan‘s baby daughter has finally been added to the Order of Succession on the http://royal.uk website,” he wrote. “‘Miss Lilibet Mountbatten-Windsor’ has been listed in position 8 after big brother Archie.” That bumps great-uncle Prince Andrew down a notch to ninth in succession to the throne.

The family of four is adjusting to life with a newborn in the house, and it sounds like it’s a busy one filled with joy. “She’s very chilled and seems happy to just sit there while Archie is running around like crazy,” Harry was overheard saying at the 2021 WellChild Awards, via Hello! And it sounds like Archie is doing a great job as a big brother. “Archie absolutely adores his little sister and gives her lots of kisses,” a source shared with Us Weekly in June. “He’s held her with the help of his parents. He’s such a kind, loving child and there aren’t any jealousy issues.”