Megan Fox clarified a recent comment she made about former President Donald Trump earlier this week, saying it was an “observation fact,” and not an “opinion.”

On Monday, the “Till Death” star spoke with “Jimmy Kimmel Live!” guest host Arsenio Hall about her love of UFC and her wild experiences attending live fights. During their discussion, Fox spoke about attending UFC 264 in Las Vegas over the weekend, and said that she sat in the same row as the former president.

“He was a legend, that arena was very supportive of Trump when he came in,” she said.

She then explained how the attention placed on Trump — and being in such close proximity — made her feel apprehensive. 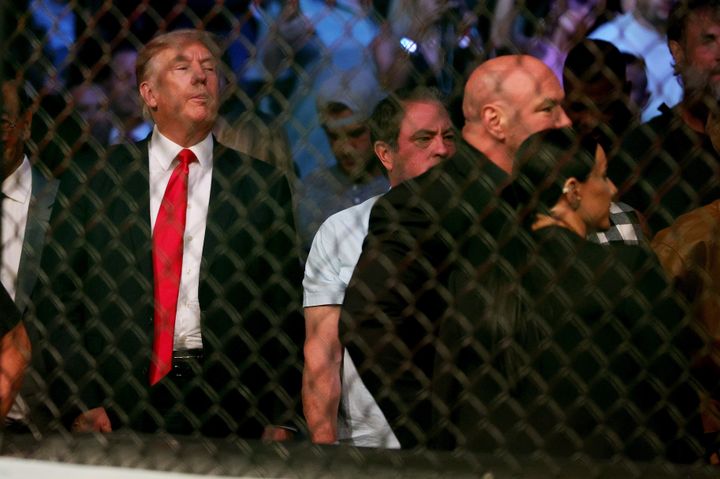 “I was like, I don’t know how I feel about it, because if someone is a target, then I’m like, I could be harmed because I’m adjacent to where he is,” she told Hall. “So I was worried about my own safety, that’s all I was caring about. But yeah, I’ve never seen anything like that before. It was crazy.”

Although in full context, it seems that Fox was just relaying what she found to be an amusing anecdote on the late night talk show, it seems that some may have misconstrued her comments.

The “Jennifer’s Body” star posted a statement on her Instagram Stories Wednesday night, clarifying her remarks. 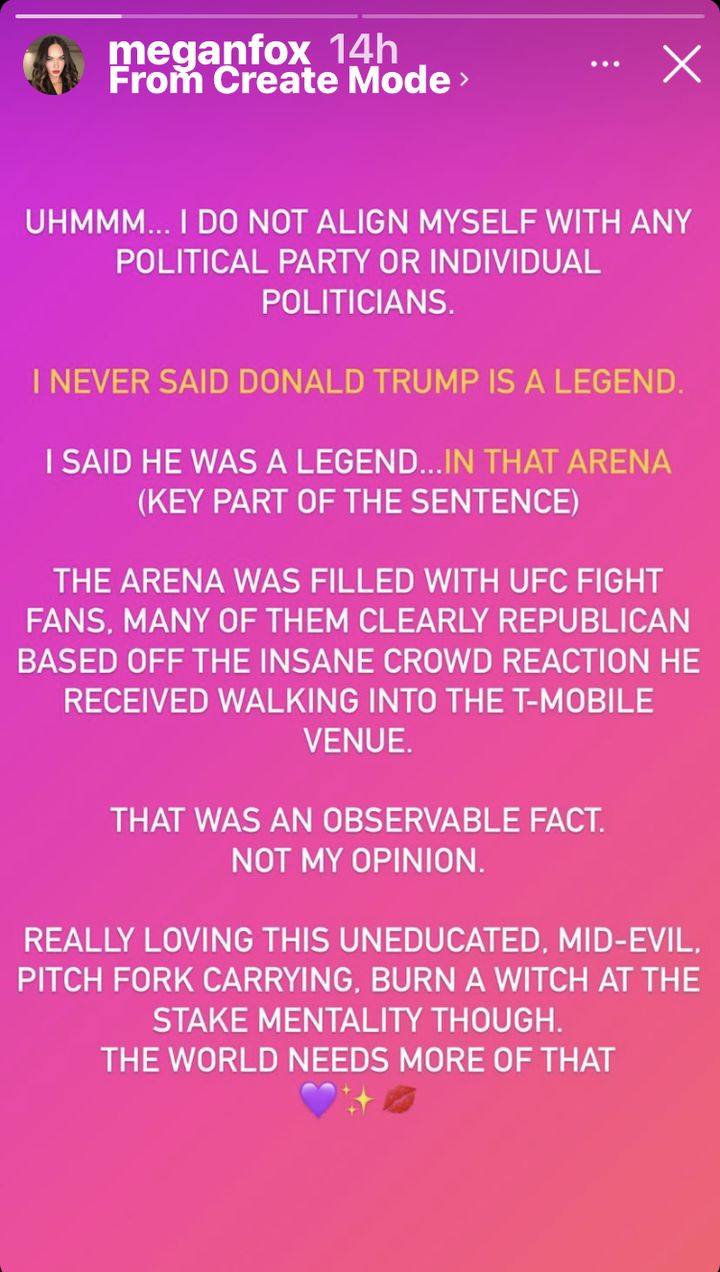 “I never said Donald Trump is a legend,” her post reads. “I said he was a legend. .. in that arena (key part of the sentence).”

“The arena was filled with UFC fight fans,” she continued. “Many of them clearly Republican, based off the insane crowd reaction he received walking into the T-Mobile venue.”

“That was an observable fact,” she wrote. “Not my opinion.”

Fox ended her statement by taking a jab at those on both sides of the political spectrum who jumped to conclusions about her remarks.

“The world needs more of that,” she concluded sarcastically.