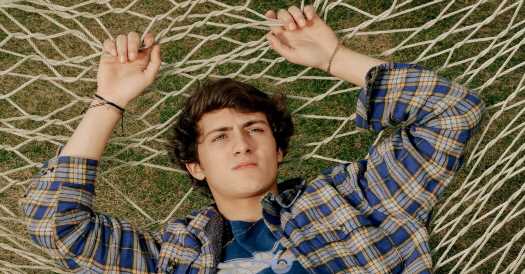 Kidd G was 11 years old when his older brother, Dustin, got his first car. Dustin wasn’t quite old enough to drive it yet, but he could use it to listen to music, and he and his younger brother would sit in the front seat for hours, soaking in Rae Sremmurd, Young Thug, Chance the Rapper. Before long, Kidd G was teaching himself to freestyle.

By the time he was 16, Kidd G — born Jonathan Gabriel Horne, Gabe to his friends — was writing his own music: scabrous emo-rap clearly indebted to Juice WRLD, full of rich melodies and ticked-off lyrics.

Last fall, around a year after he began posting songs to SoundCloud and a few months after his 17th birthday, Kidd G cracked the Billboard charts — as a country singer. In October, his single “Dirt Road” — his first attempt at country music — hit No. 40 on hot country songs strictly off streams, an anomaly for that chart, which favors radio hits.

“I don’t want to try to make myself something that I’m not,” Kidd G said last month in a video interview from his family’s home in Hamilton, Ga., a bright, festooned Christmas tree in the background. “I came from making, like, these sad rap songs, but I genuinely grew up out in the country. So like, I’m not trying to prove myself to nobody.”

Even in the current pop caldron, in which performers sample and discard identities easily, the sudden rise of Kidd G — whose debut EP, “Teenage Dream,” was released on Thanksgiving and peaked at No. 3 on Billboard’s heatseekers albums chart — is a study in fluidity. It also poses an interesting challenge to the borders of country music, an industry still wobbly with post-“Old Town Road” anxiety about genre and race and largely allergic to outside talent. How it will or won’t embrace a sir-and-ma’am small town boy making country songs with a head full of hip-hop will be an intriguing litmus test.

“Teenage Dream” isn’t wildly out of step with contemporary country music, especially in a post-Florida Georgia Line and Sam Hunt universe, but it flirts with hybridity in a few different ways. On “Small Town Girl,” Kidd G leans into some of the anguished sing-rapping that was a hallmark of his earliest songs. “Down the Road” does as well, especially when he sings about deer season, but it also includes segues into more traditional rap cadences. And throughout, the drums in the production owe far more to hip-hop than country.

Before committing himself to making music, most of Kidd G’s attention was devoted to sports, particularly baseball and fishing. (He received two college scholarship offers for fishing.) In 2019, though, he began recording bits of songs and posting them to TikTok, often sitting sideways in the front seat of his mother’s Toyota Camry and rapping to the camera. (“I’m more of a truck guy,” he insists — his own ride is a 2002 stick shift Ford F-150.) 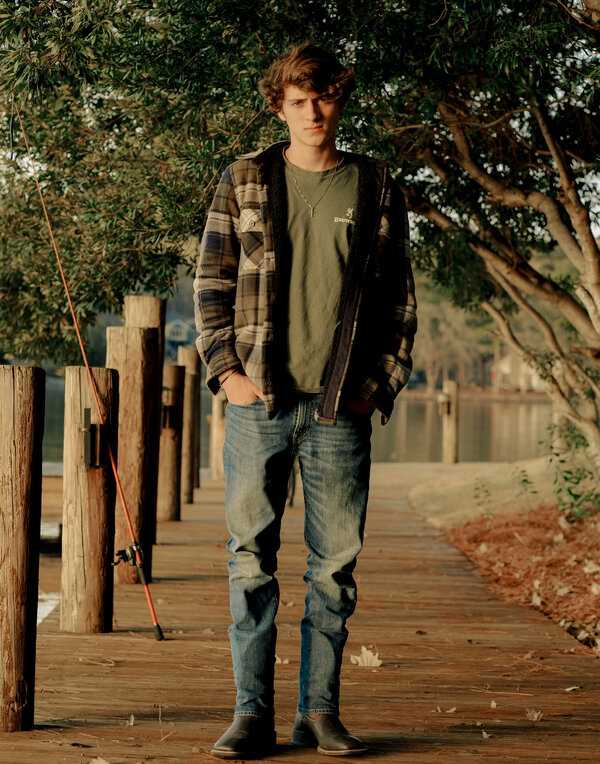 By Christmas of that year, he decided he wanted to pursue music more seriously, and asked his parents for a studio setup for his bedroom. In Hamilton, his single-stoplight hometown, there weren’t many other people doing the same, but Kidd G tapped a friend, Nolie Beats, who was one grade above him in high school and had some experience with production. Over that holiday break, the two worked tirelessly, recording several songs a day: “We thought we were making Billboard hits,” Kidd G said.

When word got around that he was attempting to make music something more than a hobby, he was met with don’t-get-above-your-raisin’ skepticism in his hometown almost instantly. “Things really started getting serious when I started hearing all these rumors around my hometown about me,” he said. “Parents looked at me like, ehhhhhhh, and I was like, all right, so this is what I’m doing now.”

Kidd G found motivation in the local naysayers. He continued to hunker down, and began posting songs on SoundCloud and promoting them on TikTok. “It started with me making songs for myself,” he said, “and me trying to make that one song that my friends are like, OK, I’m going to get in the car today and I’m going to listen to Gabe’s song.”

Several of them are great: the burly “Simple Things (Imma Ball Remix)”; the glossy “Gravity,” with its Lil Peep-esque plaint, “Told you I love you, I didn’t even mean it/Sent me a text, I didn’t even read it”; “AKs and Glock Nines,” a song about heartbreak that Kidd G said was in fact inspired by a rift with his father, pain he was trying to obscure.

Last spring, he was discovered by Rebel Music, a Miami label and management company with a hip-hop focus (YNW Melly, Hotboii, Kaash Paige, Dominic Fike), which signed him. “I’m really intrigued by just the genre-blending side of it, because that could pull in so many kids that are just like him.” said Javier Sang, Rebel’s founder and chief executive officer. The label flew Kidd G and his parents to Miami for meetings and studio time. (At one session, Kidd G’s mother delivered a prayer in the recording booth, which ended up on “Letter.”)

“At that time, the sound that I’m doing now wasn’t even an idea,” Kidd G said. He was still a rapper. But then came “Dirt Road,” a mopey but peppy breakup ballad with clear country intentions: “I need another beer, don’t want my vision clear/Small town, so I see you everywhere.”

“I wondered, If I did make a country song, how would it go?” Kidd G said of his pivot. He found the instrumental, by Ryini Beats, on YouTube, advertised as an XXXTentacion-type beat. (It’s much closer to an acoustic country soother with trap production.) The result became a favorite for him and his friends, and also, promisingly, his grandmother, who one day knocked on his bedroom door to offer support: “She goes, ‘Gabriel?’ And I’m like, ‘Yes, ma’am,’ And she’s like, ‘I really liked that.’”

Grandma’s enthusiasm was a proxy for what was to come. After teasing “Dirt Road” for a while on TikTok, Kidd G released it in full, and it became his first viral hit. Soon, he had amassed 150,000 new followers on TikTok. (It remains his most powerful outlet — now he has almost 800,000 followers.) And the song’s reception helped reframe the focus of his music. The songwriter and producer Bonnie Dymond was brought in to help nurture Kidd G’s still blooming talent. “It’s not like baseball, like let me go hit the batting cages,” Kidd G said of songwriting. “I need someone that’s like, ‘Gabe, look, listen, you said you want to get better? Practice this.’”

Dymond pointed to Kidd G’s experience freestyling lyrics and melodies as a songwriting asset in the studio. “His rap pen definitely plays such a big part in how he writes a song,” she said.

“He’s got this tone that is very Juice WRLD, Post Malone,” she added, “But then he can turn on his country twang and he becomes like country Juice WRLD. There are so many times in the vocal booth that he’s doing something and I’m like, that sounds so good, but you need to twang it out, you know?”

That is a flexibility not afforded to every country music aspirant. For all its lip service paid to inclusivity, the genre makes precious little room for Black performers. And apart from Sam Hunt, white performers who have dabbled in hip-hop references — say Florida Georgia Line or Luke Bryan — often only do so fleetingly, trying it on and off like costume. Country music remains cloistered, even though many of its fans are not, and in truth, haven’t been for some time.

L’Heureux noted that when speaking with his contemporaries who grew up in the South, “They’re like, yeah, in our car, we had Tupac CDs and, you know, Garth Brooks CDs, you know what I mean? It was just sort of what the South was about.”

Now that stars are being minted online long before record labels can gather them up and mold them, though, it’s possible that what a country star means on TikTok could eventually usurp what it means on Music Row. And the genre is beginning to have to make room for viral sensations, several years after pop and hip-hop did. Morgan Wallen, who got his start on “The Voice,” has become a superstar in rapid fashion owing largely to the power of streaming. Last year, Priscilla Block catapulted herself into a major label deal off the strength of clever songs that became TikTok staples.

Whether that will extend to Kidd G remains to be seen. He is arriving from outside of the traditional feeder system. And his approach to making music is rooted in hip-hop, too — he records quickly and prodigiously, and releases music frequently. An expanded edition of “Teenage Dream” was released on Christmas. His videos are directed by DrewFilmedIt, who mostly shoots for rappers like Lil Loaded and Popp Hunna.

And while he’s spent ample time recording in Miami, and recently made his first trip to Los Angeles, Kidd G is almost certainly the only performer with a recent entry on the country chart who — until last week, at least — had never once set foot in Nashville.