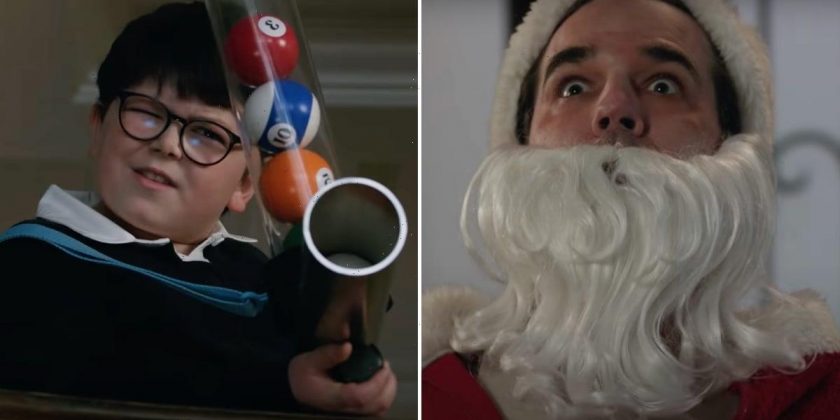 It’s a tale as old as time: boy has parents; parents leave for an international flight over the holidays; boy is left home alone to defend himself from a duo of bumbling burglars with nothing but his wits and an arsenal of Rube Goldberg machine-style weapons. Nope, Macaulay Culkin isn’t reprising his role as Kevin McCallister, but the new cast of Disney+’s Home Sweet Home Alone are here in the first official trailer for the Home Alone reboot, and the mischief levels are off the charts.

After his parents hop on a flight to Japan, 10-year-old Max Mercer, played by Jojo Rabbit star Archie Yates, finds himself home alone on Christmas vacation. When a married couple break into the house to steal a priceless family heirloom, Max stops using his unrestricted free time to hurl himself out the window onto a trampoline and starts plotting to get the burglars out of his house in some pretty creative ways. His “battle plans” include a butter slide, dart balls, a bowling ball, and a cactus. There’s also a scene where he smacks Santa in the forehead with a pool ball, and that’s gotta hurt.

Heartwarming and humorous, the film is a modern-day retelling of the classic Home Alone story we know and love. While nothing beats the 1990 original, Max definitely has a few tricks up his sleeve that are worth watching. Check out the full trailer above.