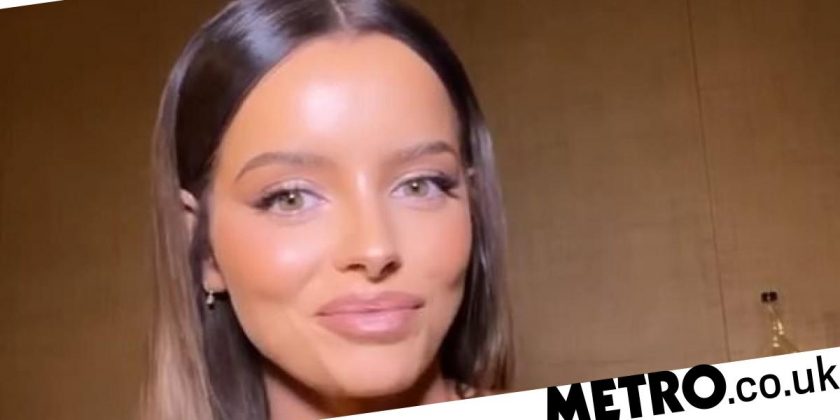 Love Island star Maura Higgins was missing in action at the British Fashion Awards on Monday night at the last minute after deciding her revealing dress was ‘not very appropriate’ for the glamorous, A-list bash.

The 32-year-old revealed she had ‘a bit of a nightmare’ with her custom-made dress and decided no to go only minutes before she was due on the red carpet.

Maura, who recently shared that she ‘almost died’ after suffering from toxic shock syndrome when a tampon got stuck inside her for three months, shared an update with her fans from her hotel room on her Instagram Stories, appearing on camera in the gown in question and with her hair and make-up fully finished ahead of the event.

Revealing that she was still in the hotel, the model had her long brunette hair styled straight and rocked a subtle metallic eye makeup look and glamorous nude lipstick.

‘So guys, everyone is messaging me [with] “Where are you? Where are the red carpet pictures?” I’ve had a bit of a nightmare,’ she explained in the clip.

‘So obviously as you can see I am fully ready. Glam team are on point as usual. Basically – the dress, shoes, everything, wasn’t something I’d wear.’ 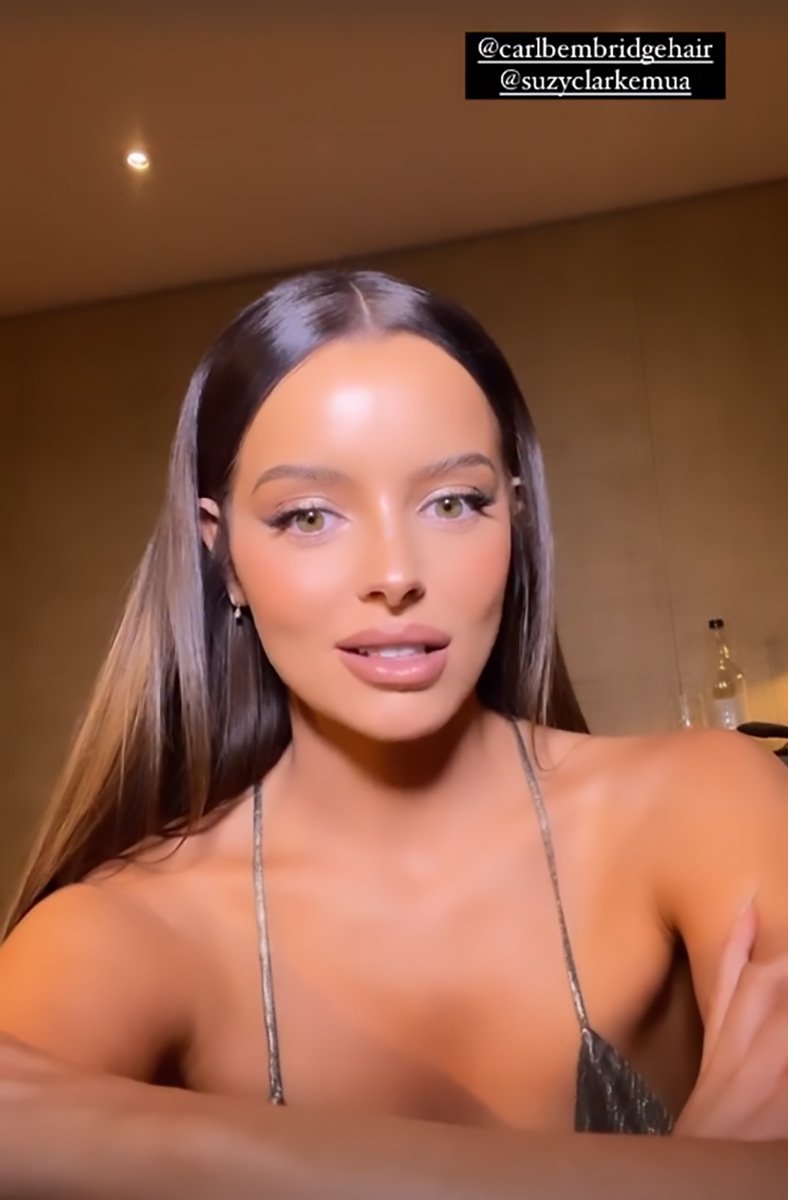 Maura then pulled back to reveal her bronze dress with thin straps and a daringly-cut neckline to the navel.

‘I don’t really know what to say, I just feel like it’s not very appropriate for the Fashion Awards,’ she added.

‘Obviously I do like to go daring, you guys know that, but I just feel, I don’t know. I just feel it’s just not right. So yeah, I’ve decided not to go. I’m still in the hotel as you can see.’

Earlier on Monday while getting prepared for the awards, the reality star had revealed she had ‘zero control’ over her dress, which was designed by Scott Henshall.

She popped up on Instagram, sharing a snap of herself making a peace sign with clips in her hair as the glamming process began.

‘BFA tonight… first time to have zero control on [sic] my outfit…excited to see what @scott_henshall has designed for me.’

Scott was previously creative director for Mulberry and first hit the scene in 1998 at the age of 22 when he became the then youngest designer to debut at London Fashion Week.

He is known for creating daring and eye-catching dresses for the red carpet, starting with Jodie Kidd in a web lace dress for the Spider-Man premiere.

He followed that up with the ‘world’s most expensive dress’, a £5million diamond-encrusted dress – cobweb again – that singer Samantha Mumba wore to the Spider-Man 2 premiere in 2004.

He dressed socialite Lady Victoria Hervey for the British Fashion Awards last night too, in a black mini dress with a plunging neckline, cut-outs at the hips and a flowing train.

One of Maura’s last glitzy award ceremonies, when she attended the Pride of Britain Awards in October in a backless yellow frilled gown, saw her set tongues wagging when she appeared to share a steamy kiss with Joey Essex.

Metro.co.uk has contacted a rep for Scott Henshall for comment.