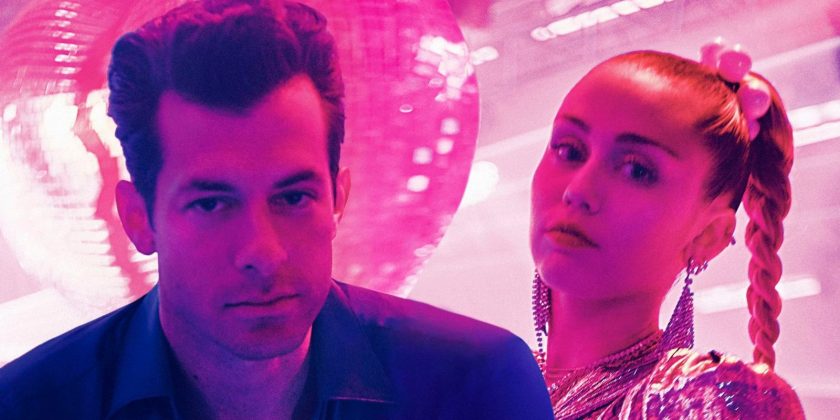 The song, Nothing Breaks Like A Heart with Miley Cyrus, is half country, half dance – suitably fitting the “sad bangers” category Ronson has used to describe his forthcoming album – and if there was ever a comeback to follow a track as ubiquitous as Uptown Funk, something totally different, this is it.

For Ronson the artist, it is certainly a comeback after four years away, although as a producer doesn’t seem to stop. He is the the Grammy-winning, go-to man for everyone from Lady Gaga and Adele to Queens Of The Stone Age, Duran Duran and Paul McCartney.

This year, he put out Electricity with Dua Lipa as part of supergroup Silk City, and has also seen the release of Shallow, the UK number one hit from Lady Gaga and Bradley Cooper’s A Star Is Born, which he co-wrote – and could just earn him an Oscar nod. 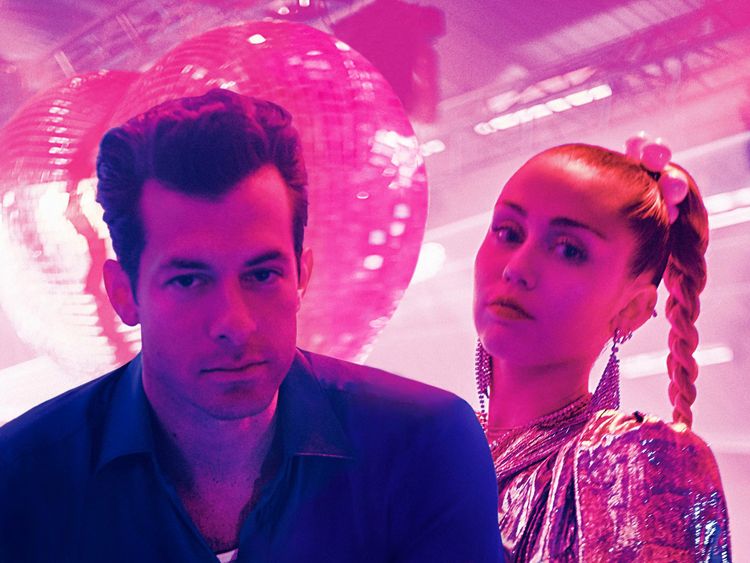 Despite his impressive CV, he says he still gets nervous before putting any song out, and Nothing Breaks Like A Heart has been no different.

“Obviously, the fact I wrote it with Miley and she’s on it, I knew that ears were going to be on it, there’s going to be attention,” he tells Sky News.

“She’s got 75 million followers on Instagram, it’s very exciting, but that almost makes it more nerve-wracking because there’s more people to say that it sucks…

“When I got with Miley, who I’ve wanted to work with for so long… I remember being in the studio with headphones on listening to Miley sing and being like, ‘I don’t know why I get to record with some of the greatest vocalists of my generation’. It’s super exciting that it’s out and people are digging it ‘cus it is a little different. 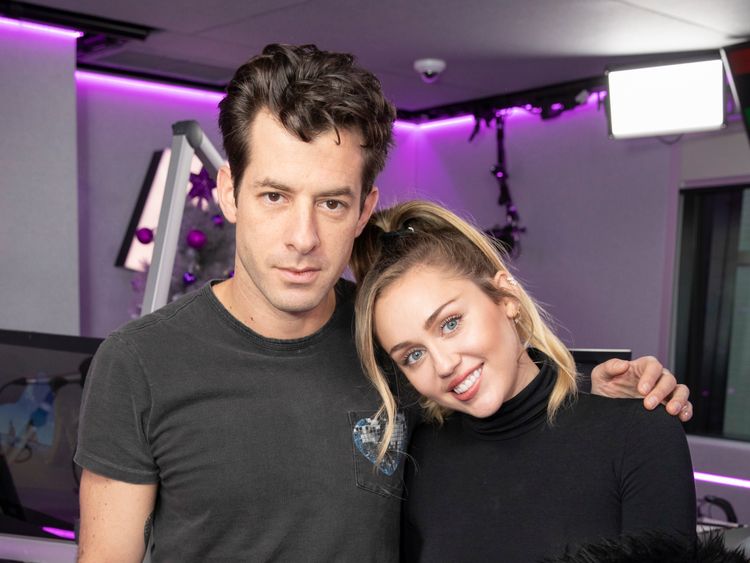 “You can be working on something you think is great but you have no idea what people are going to think.

“I guess the songs I’ve had… not the most success with, but the songs that really stood out, they don’t really sound like anything else that was on the radio at the time – Rehab, Locked Out Of Heaven, Uptown Funk – so you’re always like, is this too different? Are kids going to be like, ‘what is this, old people’s music?’

“So I get nervous, yeah. I’m like a neurotic freak, I get nervous about everything so it’s probably no different when it comes to music.”

The collaboration with Cyrus had been in the works for four years, with the pair communicating on text before finally meeting earlier in 2018.

“She was just so funny and charming and we probably spoke for about three hours about her dogs and her pigs and just random stuff before we even got into [singing],” he says, talking about their first meeting.

“She went in, put the headphones on, turned on the mic and sung and it was one of the most wonderful things I’ve ever heard. I loved that she was telling all these wild entertaining stories and then on a dime, ‘shall I go sing now?’, and then it’s one of the greatest vocalists I’ve ever recorded.” 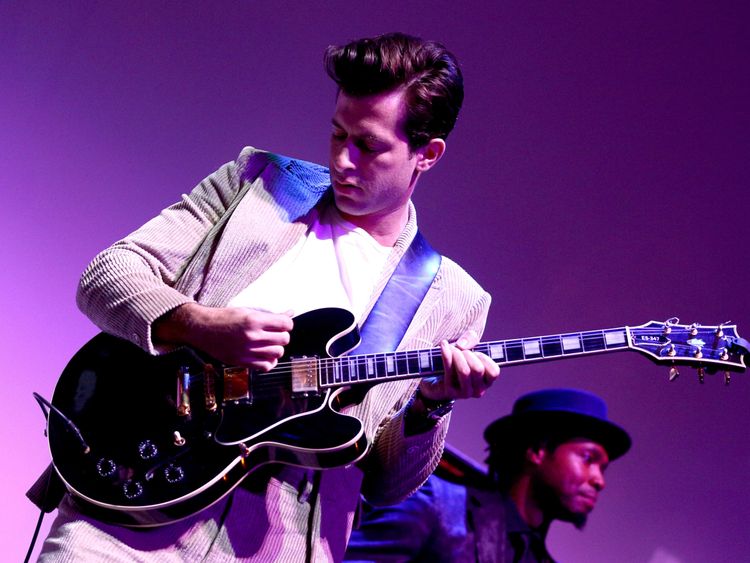 Cyrus, 26, has made headlines since her teenage years. Ronson says he doesn’t pay attention.

“I always got the feeling that she was a good person with a slightly hippyish vibe… she just seemed like somebody who always wants to be pushing the envelope.

“And she’s so strong the way she stands up for LGBT rights and against animal cruelty, so I had a feeling she was probably a good person – but always, when you’re meeting someone who’s a superstar of that level you never know what to expect.”

Ronson has worked with many superstars of that level. They say you should never meet your heroes, but he says he has never been underwhelmed.

“I think you’re always surprised because when you go in to start a song you might know you’re going with somebody talented… but you never know quite where it’s going to go,” he says.

“Put it this way I’ve never been disappointed. Even if it’s not better than what you expected it’s going to be different.” 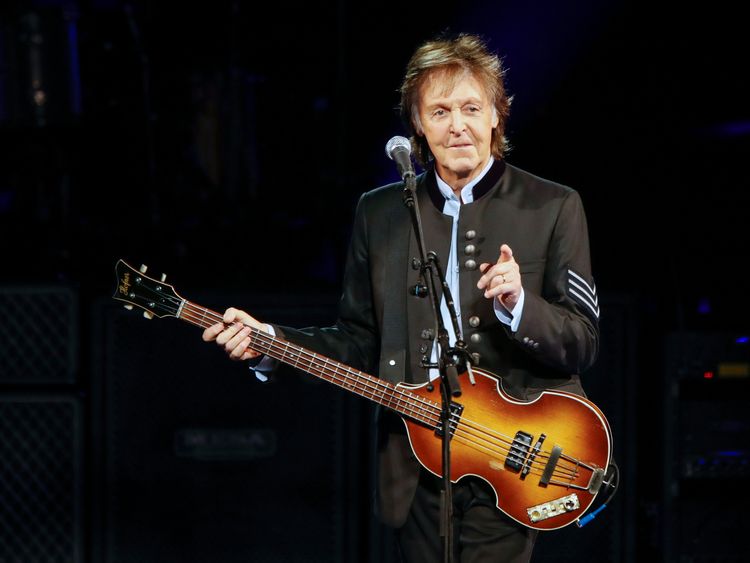 But at the minute, Ronson is taking centre stage again. His next album, which comes following his divorce from model and actress Josephine de La Baume, is “something I’m really proud of”, he says.

“I think usually with most of my albums I’m always thinking about the beat and how to make people dance ‘cus I come from being a DJ for 20 years.

“But this record, because of personal reasons, came from a more emotional place, so the songs are a little more personal, a little more heartfelt.

“I think they get their hooks in you a little bit more, but they’ve still got the beats.”

Of course, Ronson is no stranger to emotion. You don’t get much more honest, raw and heartfelt than Amy Winehouse’s Back To Black, which he produced.

And then this year, there came Shallow, the epic power ballad which has so far received Golden Globe and Grammy nominations, and gave Cooper his first chart-topping hit.

Ronson had worked with Lady Gaga before, on her last album, Joanne, but says A Star Was Born was “special”.

“We all felt it in the room ‘cus there was something special about that song [Shallow]. The chorus felt really big and I remember when she sung that for the first time… I got all emo, my hairs stood up or whatever.

“But then what Bradley Cooper did with it in the film… the fact they both give such beautiful performances.

“I’m not a cinephile but what that movie does so well is it gets falling in love pretty accurate. Moments of it are really great and not corny… and the fact we have anything to do with that is… I feel quite lucky.” 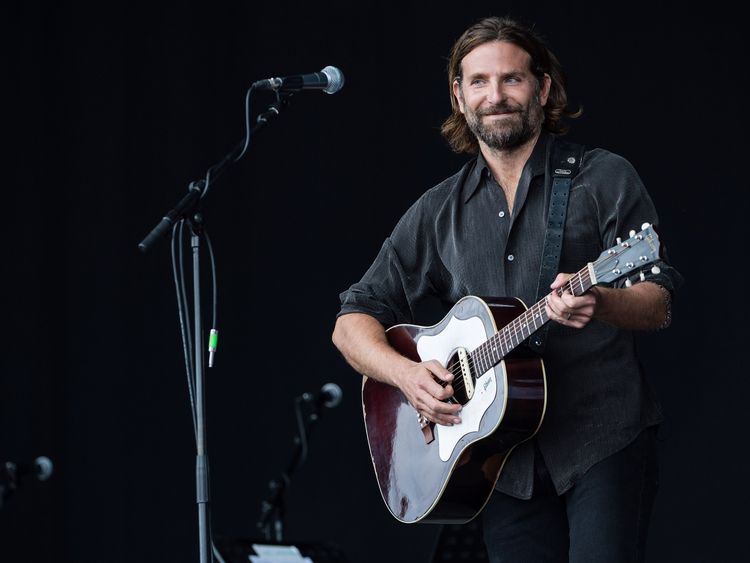 Cooper, who learned to play the guitar to take on the role of Jackson Maine, a fading rocker struggling with alcoholism, “was a pretty good singer” to start with, he says, before joking: “I have this really beautiful version of Bradley Cooper singing Fake Plastic Trees somewhere on my hard drive. If I really need the money, I guess I could sell it.

“But he’s obviously the kind of guy that probably could do anything. He’ll probably run for president in 2032 or something like that.”

If his own back catalogue is anything to go by, being able to turn his hand to anything, musically at least, can certainly be said about Ronson.

Taking Bruno Mars collaboration Uptown Funk alone, it was only the 10th song to ever receive diamond sales status.

It won two Grammys, held the number one spot on the Billboard Hot 100 Chart for 14 weeks, and is also the Billboard Hot 100’s fourth highest ranking track of all time – only behind, perhaps surprisingly, Chubby Checker’s The Twist, Smooth, by Santana, and Mack The Knife, by Bobby Darin. The video has also been streamed more than 3 billion times.

How does Ronson play it when it comes on when he’s out?

“It’s like, oh man, cool, people are still dancing to this song,” he says.

“I guess, having been a club DJ for 22 years, to have any DJ play the song the first time is so exciting, and then to ever have the chance where your song actually gets to the wedding stature, is probably one of the greatest things that could ever happen.

“I’m always getting videos from a friend’s wedding, or two-year-old kids – ‘it’s his favourite song’ – and the parents are so annoyed ‘cus they have to listen to the song over and over again.

“I don’t even know why that song did what it did but I’m incredibly grateful for it.”

:: Nothing Breaks Like A Heart, by Mark Ronson featuring Miley Cyrus, is out now