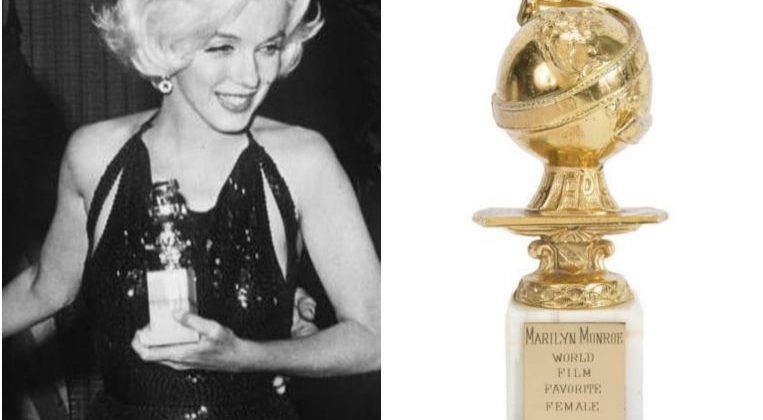 NEW YORK (NYTimes) – A 1961 Golden Globe awarded to Marilyn Monroe has been sold for US$250,000 (S$343,000), one of the highest prices fetched at auction for a Golden Globe, according to the auctioneer who brokered the sale.

Mr Darren Julien, chief executive of Julien Auctions in Beverly Hills, said the award – the Henrietta Award for that year – was sold to a European buyer.

It was one of three Golden Globes she received from the Hollywood Foreign Press Association during her career.

The sale confirms what collectors of celebrity memorabilia have observed this past year: Prices paid for anything related to stars have dramatically increased.

Earlier this month, a red wheelchair that belonged to physicist Stephen Hawking sold at auction for US$390,000.

Mr Julien said there had been an influx of money from overseas buyers, particularly from China and Russia, who view Western pop culture artefacts as investments.

“A lot of clients who invest in the art market are buying these things too,” he added.

“They want to diversify their portfolios.”

Monroe, who wowed audiences in the 1950s with her sexually expressive on-screen persona, has long been a favourite for these investors.