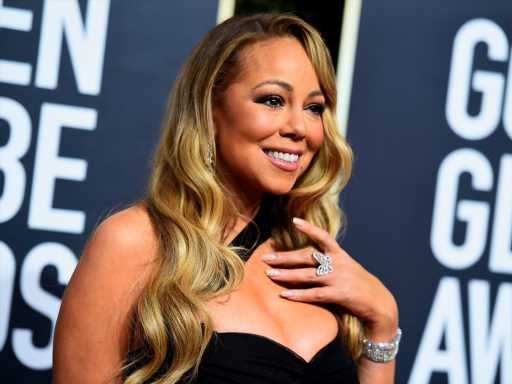 There’s no one better at weighing in on a rumored feud than Mariah Carey, who famously said “I don’t know her” when asked about rumored rival Jennifer Lopez back in 2008. So it’s hard to say what a certain source for The Sun hoped would happen when they let slip that Carey and Jay-Z, known in these parts as Beyoncé’s husband, had suffered a falling out and would be parting ways creatively. While they likely didn’t expect to get dragged by Carey herself on Twitter — after all, Carey certainly can’t commit to reading all the gossip about her that’s published out there — that’s exactly what happened when the pop star and author of The Meaning of Mariah Carey stepped into the fray with a colorful message. Yes, Ms. Carey is too damn busy to have her eyes on every story about her business, but she’s also all about letting people know where she stands. 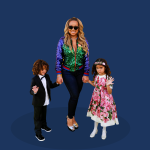 
Everything We Know About Mariah Carey’s Twins Moroccan & Monroe

Responding to claims printed in The Sun that she and Jay had had an “explosive meeting” after which she’d decided to leave the label, Carey took to Twitter to write this: “The only “explosive” situation I’d ever ‘get into’ with Hov is a creative tangent, such as our #1 song ‘Heartbreaker’!! To the people who make up these lies I say ‘Poof! —Vamoose, sonofa*****”!’”

Not only does she make herself clear, she triples down on her Jay-Z support by sharing a clip of their 2015 music video for “Heartbreaker” and quoting Jay-Z’s 2001 song “Izzo (H.O.V.A)” with the end of her tweet.

Earlier this week, reports circulated that Carey and Jay-Z had had a falling out after a source spoke to The Sun about their supposed rift: “Mariah and Jay had an explosive meeting which did not go well at all,” they shared at the time. “She has made it clear she wants nothing more to do with him and has called it quits with Roc Nation. She will formally depart in the next few weeks. It is a shame because they had done some great work in the last few years. But this meeting couldn’t have gone much worse.”

Clearly, Carey does not think much of where The Sun got their information. And given her bold response, it looks like she’s more than happy to go to bat for her relationship with Jay-Z — in case anyone else was thinking about adding their two cents to the discourse.

Before you go, click here to see all the best celebrity memoirs you can read right now.