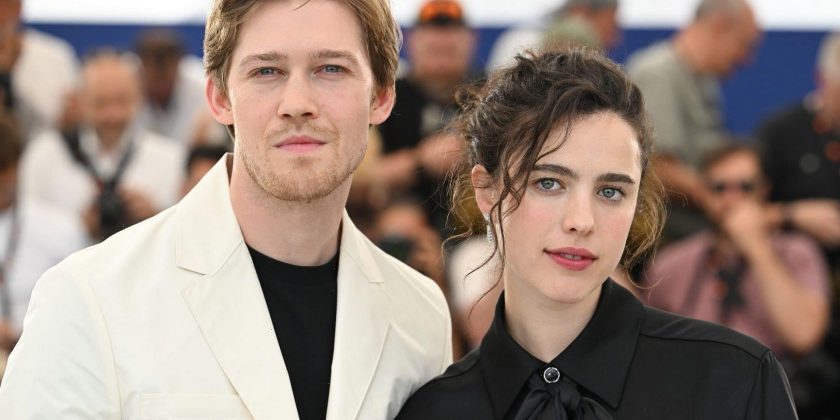 With Margaret Qualley on board and the legendary Claire Denis in the director’s seat, Stars At Noon has shot to the top of our to-watch list.

The new trailer for Stars At Noon gives us an intriguing first look at the romantic thriller starring Margaret Qualley and Joe Alwyn.

The intense clip introduces us to Qualley’s character, Trish, a struggling journalist who is currently working in Nicaragua, hoping that she can find a story to sell to her editor (played by John C Reilly) at an American magazine.

Spending another evening in the bar of her hotel, where she’s snubbed by more successful reporters, she eventually meets newcomer Daniel (Alwyn), who tells her that he is working in Nicaragua “on a charitable cause”.

As the pair are drawn into a relationship, but it becomes clear that Daniel has not been fully honest about the real reason he is in South America. “How do you know he is who he says she is?” one character asks Trish towards the end of the trailer, which you can watch below.

The atmospheric teaser certainly amps up the tension levels as Trish and Daniel become embroiled in a dangerous conspiracy that threatens both of their lives.

Directed by French director Claire Denis, Stars At Noon debuted at the Cannes Film Festival earlier this year, where it won the prestigious Grand Prix. It also stars Licorice Pizza’s Benny Safdie as a CIA agent interested in what Daniel is up to and Top Gun: Maverick’s Danny Ramirez as a police official.

The film is distributed by A24, the buzzed-about studio behind films including The Farewell, Midsommar, Moonlight and box office hit Everything Everywhere All At Once.

Though Stars At Noon is based on the 1986 novel by Denis Johnson, the director made the decision to move the film’s action from the 80s into the present day, complete with references to face masks and Covid tests.

It’s set to be released in US cinemas in October, but a UK date is yet to be announced.

Another upcoming project will see her team up with Normal People’s Paul Mescal for the twisted thriller The End Of Getting Lost, in which the pair will play a couple who embark on a honeymoon trip around Europe: so far, so romantic, until dark secrets from both their pasts start to impinge on their apparently idyllic holiday.

Alwyn, meanwhile, will next appear in Catherine Called Birdy, an adaptation of Karen Cushman’s much-loved medieval YA tale directed by Lena Dunham, and has also been cast in a modern-day adaptation of Hamlet, starring as Laertes alongside Riz Ahmed’s Prince of Denmark.