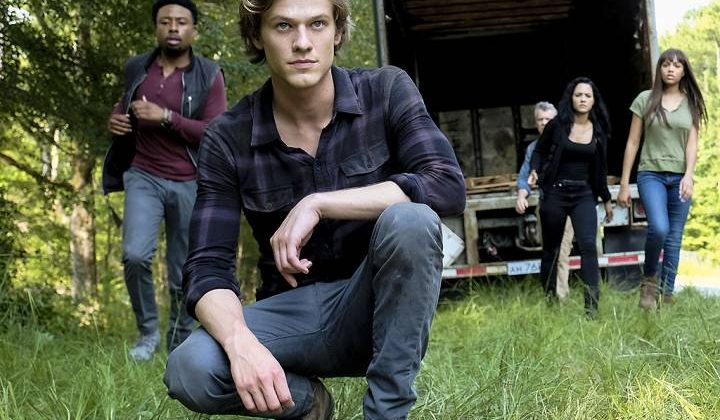 It was a risky gambit to bring back beloved ’80s TV show MacGyver, as there was no guarantee modern audiences would take to the smart-mouthed, clever protagonist. Two-and-a-half seasons later, the revival, led by the wry Lucas Till, shows no signs of slowing down.

In a hurried world divided sharply by politics, perhaps MacGyver‘s position is an enviable one: it’s one of the few shows that doesn’t delve deep into the political arena. Nor does it tackle heavy issues episode to episode, instead providing levity to the evening lineup in a sea of seriousness.

Global News sat down with Till in New York City to talk about his comfort with the character, how he’s grown, and — of course — his favourite contraption from the show.

Global News: Do you get a lot of older folks telling you about the “old days” of watching MacGyver?
Lucas Till: [Laughs] It’s funny you say that. I wish I was better… but I’m not good at checking social media and seeing negative comments. One guy, who was mostly complimentary, said, “I don’t remember the old MacGyver killing people.” And I was like, first of all, you don’t even know if those people got killed in that shot, next to the explosion. And also, the original MacGyver did kill people. I remember one episode where he had to kill somebody. He didn’t want to, but he did.

It’s creative and fun that MacGyver has all these wonderful ways to avoid using weapons, but do you think there’s a serious point underneath it all?
On the original show, I think there’s a reason why he doesn’t use guns — but I’m not going to say it in case I’m wrong. We’ve never really gotten to the bottom of it on our show, and I can’t say what it is. I’ve said this before… but I grew up in Georgia with a military father and my grandfather was a pastor, very Christian. But I’m also a free thinker — I live in LA.

I don’t really like to talk about politics, and I like to think that our show… People can watch it no matter what their political viewpoint is, and come talk about something at the end of the day. I don’t like the political divisiveness in the [U.S.] right now. But it’s a good conversation to have, to see this guy who doesn’t use guns, who tries not to kill unless he has to, and still stops terrorism.

Over the last few seasons, have you become more familiar with Mac and his idiosyncrasies?
Yes. At first, I would try to block out everyone talking about the original. It’s not that I don’t care, it’s that I can’t… I gotta do my job, and you’ll decide. That’s not up to me. Everyone kept asking me, “Is it going to be as good? Is it going to be better?” There was that pressure, as well as the other pressure of me having only done movies up to that point. I used to say that this was my first real job. It was overwhelming. It took a while to hit the groove, and now I finally feel like I have.

How much do you like the physicality of the role?
I love it. We do these crazy fight scenes, practically every episode! The reason I say “crazy” is because, on a movie, you get at least a week of rehearsal time to do this stuff, and on MacGyver, you get five minutes. It’s amazing that we get any usable footage.

Do your friends and family tease you about your character? Meaning: do they constantly ask you to fix things?
Yes. Oh yes, all the time. It’s really annoying. [Laughs]

What’s your favourite, most outlandish creation that MacGyver has made?
[Laughs] It’s tough, because most of the stuff is at least somewhat based in reality. There was one time where we had wine bottle rockets. To this day, one of my prop guys brings it up, he has PTSD from that day. [They were] emptied wine bottles with the cork back in, then we used a basketball pump to get air into them, then I taped a toilet-paper roll around them and attached them to a broomstick. Then I hit the cork and the pressure made it go. I don’t think that would work in real life, but oh well. [Laughs]

We always say that now, any time we think, “that’s dumb”: People like this show the way it is.

[This interview has been edited and condensed.]