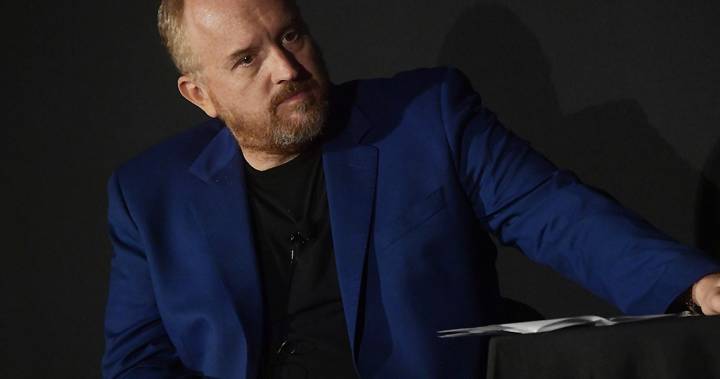 NOTE: This article contains foul language and humour that some might consider offensive. Please read at your own discretion.

Comedian Louis C.K. continues to double down on his “I don’t care” stance, and in his latest stand-up show at the San Jose Improv Comedy Club on Wednesday, it couldn’t be more clear that he’s unconcerned with any backlash.

“I like to jerk off, and I don’t like being alone,” the 51-year-old said unapologetically to laughter from the crowd.

C.K. has performed a smattering of stand-up shows over the past several months, and while initially, the backlash against him was swift and severe, over time it has dwindled. The comedian put on surprise shows in August, October and November at New York’s Comedy Cellar club, drawing both criticism and praise. Most of the shows have seen large audiences and plenty of laughter.

C.K.’s previous actions resulted in the end of a production deal with FX Networks and the cancellation of his movie, I Love You, Daddy.

At the end of December, C.K. performed at the Governor’s Comedy Club in Long Island, N.Y., where he made jokes about gender identity and the victims of the February 2018 Parkland school shooting.

As the set went on, C.K., 51, acknowledged that it would most likely trigger pushback and controversy, but he didn’t seem to care.

“The whole point of comedy is to say things that you shouldn’t say,” he said. “That’s the entire point.”

The entertainment publication reports that the mood of the show notably changed midway through, when C.K. made a joke about the 9/11 attacks.

“I got on a plane once, and this couple comes up to me as we’re boarding,” he said. “There’s an empty seat next to me, and this woman says to me, ‘Would you mind moving so my husband and I can sit together?’ And he’s behind her and he’s like [no]. I didn’t know what to do. I don’t wanna upset him. But I don’t wanna sit with his f**king wife. So I just got off the plane. And then the plane took off. And it hit the World Trade Center.”

He didn’t stop there either; he went on to make jokes about “retarded” children, dead babies and Asian and black men’s genitalia — the latter jokes having drawn heavy criticism before.

It wasn’t all fans at the show, however. A small group of mostly female protesters gathered outside the venue as the audience queued in.

They chanted, “Louis C.K. has got to go!” and “Shame!” according to Fox News affiliate KTVU. The outlet reported that some attendees mocked the group, while most just acknowledged their presence.

One protester, Michelle Dauber — who’s a Stanford law professor — said that she remains unconvinced that C.K. is truly sorry for his actions.

Others in the lineup heading into the show thought the protesting was excessive.

The San Jose comedy club defended having C.K. perform in a statement to the San Francisco Chronicle.

“We see comedy as the final frontier and we don’t censor artists,” the statement read. “We want them to perform without scrutiny. We trust that our audiences can decide for themselves what their limits are. We understand that not everyone will agree with our decision and we respect their right to protest. We also respect Louis C.K.’s right to perform.”