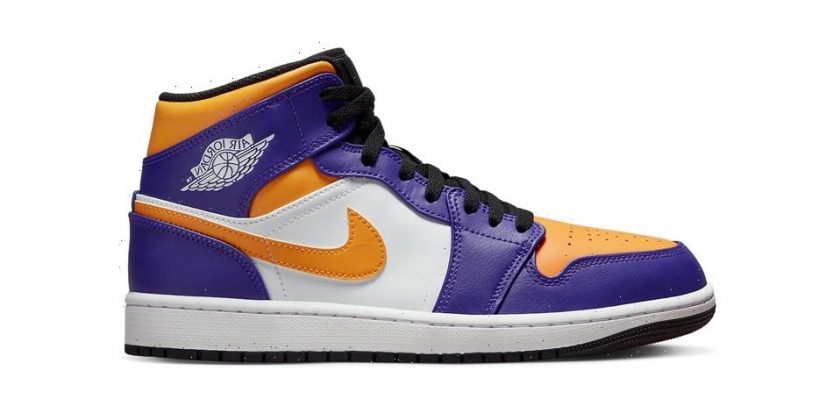 Fans of the NBA have just a few months of waiting left before the 2022-2023 season begins. In the meantime, Nike has continued to spotlight the league with new releases and colorways. Fans of the Los Angeles Lakers are offered yet another themed colorway with the Air Jordan 1 Mid “Lakers” on the way.

Last found on the Nike Dunk High, the “Lakers” color palette makes its return courtesy of Jordan Brand. A standard leather upper carries white at the base of the midfoot panel and on the Wings logo. Gold lands on the Swooshes, Jumpman logo on the tongue, toe box and base of the collar while Lakers purple outfits the leather overlays. A white midsole rests atop a black rubber outsole that matches the black laces and tongue to complete this Lakers-themed release.

No release date for the Air Jordan 1 Mid “Lakers” has been shared yet by the Swoosh. However, look for it to hit shelves in the coming months via Nike and select retailers and take a closer look at the pair above.