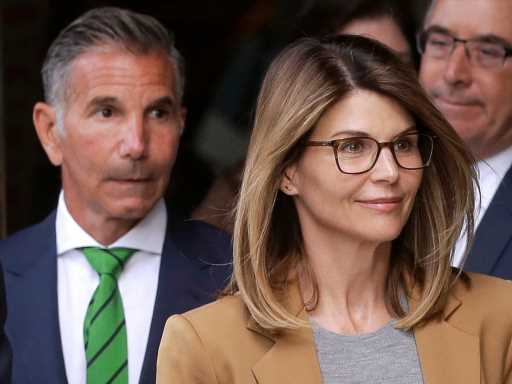 Lori Loughlin and Mossimo Giannulli have been through a tremendous amount of stress over the last few years. Yes, they had to pay for their crimes, but the duo is trying to move beyond the college admissions scandal after serving prison time and honoring their community service commitment.

Now a source is telling OK! Magazine that the couple is struggling in their marriage after going through a tumultuous few years. The insider claims that “they’re dealing with a lot of issues right now and need some space to try and fix them.” They also add that Giannulli has been “withdrawn” and “hasn’t wanted to socialize at all and can’t seem to move on, which has made it hard for him and Lori to connect.” This probably isn’t a fair assessment from an alleged Loughlin “friend” because, of course, there is a new normal to adjust to for any couple after any life-changing moment. While their marriage hit a bump in the road, they will likely get through this together.

SheKnows reached out to Loughlin’s representative for comment about the state of the couple’s marriage and they wrote, via email, that they were “confident that it’s false gossip.” That statement aligns with the fact that the duo has been spotted together on vacation and making plans for the future since they’ve both been released from prison. It’s also important to note that Loughlin is moving ahead with her acting career in a return to her beloved role as Abigail Stanton in the second season of When Hope Calls on GAC Family on Dec. 18.

Her return to Hollywood was always a part of her strategy once she put legal woes behind her. “She previously expressed that she would love to act again at some point,” an insider told People last year. “She always loved her career. She loves filming and creating movies.” And with the couple recently attending a wedding in Mexico together, they are continuing to remain a united front.

Before you go, click here to see the longest celebrity marriages.