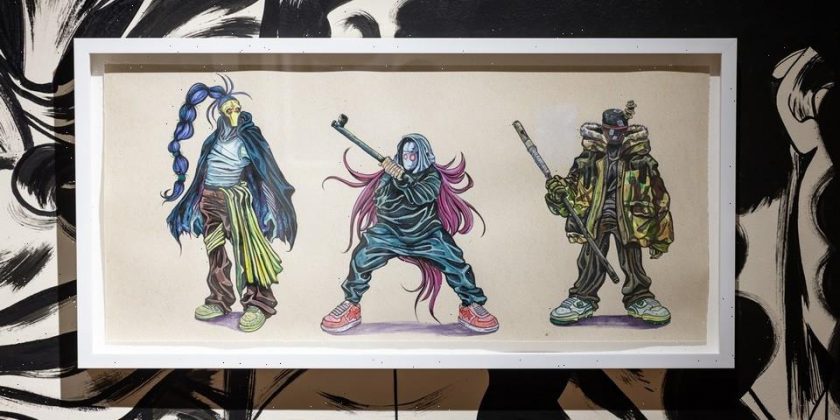 The Miami Art Week festivities are over, but we’re still reeling off a selection of notable exhibitions, which included work by Ruth Burotte.

Located in Miami’s Design District, “SOLO, BUT NOT ALONE BY RUTH” was Burotte’s first exhibition at Swampspace. As a Haitian-American woman, Burotte depicts characters and worlds that exist between a dystopian universe and the present day. Her visual lexicon can be traced to various motifs found within hip-hop culture, along with Japanese manga, graffiti, and comic book illustrations.

“My goal is to have the viewer become aware of the place and time we currently reside in and to understand that many of the items and objects we interact with can become a part of our identity,” Burotte said in a statement. She joins artists, such as Hebru Brantley, who seek to empower marginalized communities by subverting common tropes found within the history of pop culture.

In other art news, the Gorillaz will release an art book next spring.
Source: Read Full Article