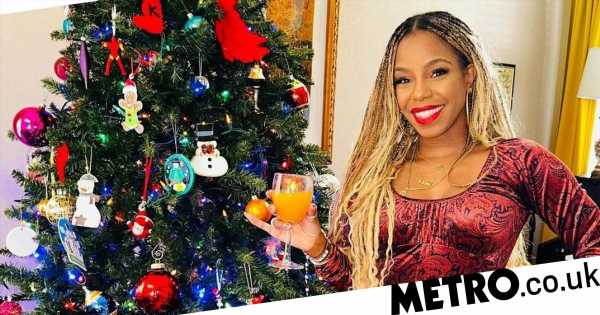 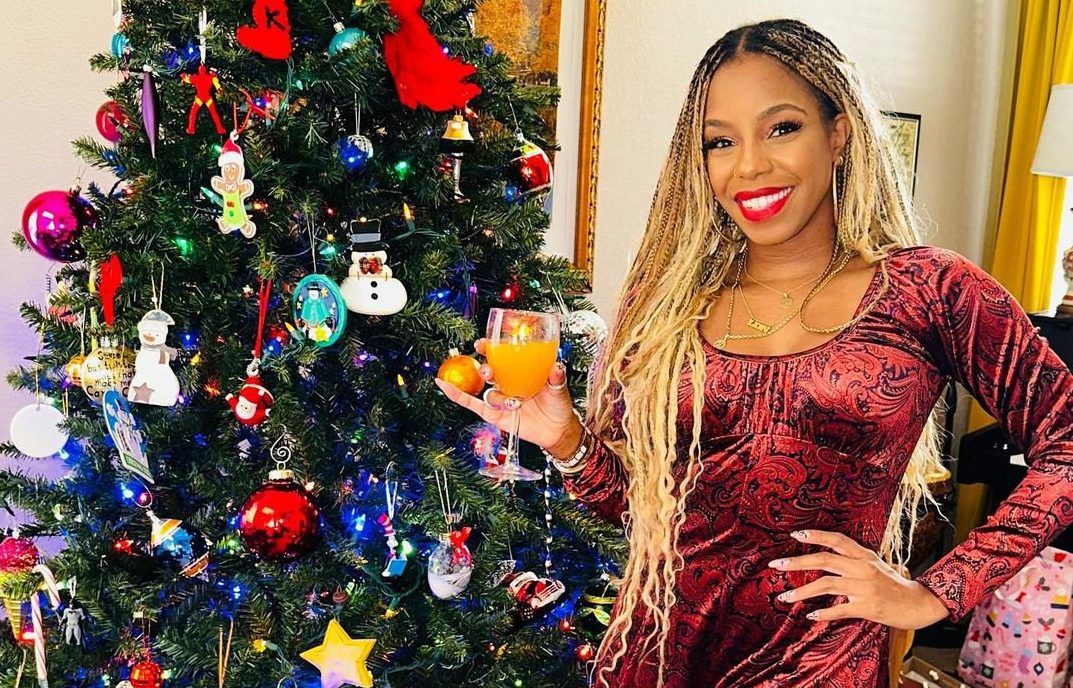 London Hughes has celebrated being child-free over the festive season – boasting that she ‘gives the best presents’ due to the ‘disposable income’ she has from not being a mother.

The 33-year-old took to social media on Boxing Day to wish her followers a belated happy holidays as she shared a photo of herself sipping on a drink, writing: ‘Merry Christmas to all the fabulous, single and childless aunties out there.

‘For us, Christmas is just about seeing our many nieces and nephews, giving the best presents (because we have disposable income) and eating food we didn’t have to cook. Yay to us! Here’s to many more.’

She later returned to post a photo of herself wearing a white robe and oversized pair of sunglasses, as she wrote: ‘Still on my childless aunty at Christmas flex…. SPA DAY!!!!’

The former Celebs Go Dating star and The Netflix Afterparty host then asked followers for some advice on how to label herself for not having children, claiming ‘childless’ sounded ‘too negative’.

‘Does anyone know what the new terminology is?’ she asked. ‘And may I suggest “financially-happier” or “Not-As-tired”.’

In a final tweet on the matter, the comedian said: ‘Gotta go hard for my child-free Huns during Christmas, cos that’s when you lot come for us the most…with your “oh never say never” and “one day you’ll meet someone you wanna have kids with” …lol.

‘How about understand, that I have plans for my life outside of fertilisation please.’

One fan came up with a handy analogy for London to try and help her make people understand that she doesn’t want children.

They wrote: ‘I have 3 [children]. Children are the best if you want children. I adore mine. But it’s like jumpers. If you’re not cold and someone makes you wear a jumper, it’s f**king hideous. If you are cold, it’s perfect. How do we understand this about knitwear but not kids?’

To which London responded: ‘Omg what an amazing analogy! I’m just simply “not cold”… I love it.’

Other fans rushed to celebrate being child free over Christmas themselves, supporting London for speaking out against people trying to talk her into having kids.

One wrote: ‘Do what you like, kids or no kids, absolutely your business and people need to seriously stop with these comments and sad looks plus passing judgements. We are all different, we want different things, that’s it.’

A second said: ‘Keep up the good work. I’ve got 2 kids and I really love them, but I really love the dog too. He’s not going to p**s off to Uni and he doesn’t complain when I dress him in cute outfits. Also way easier and cheaper to get a sitter for a dog than kids.’

While a final fan wrote: ‘What I find sad is it’s totally not anyone’s business – no one would keep asking a man when are you going to be a dad!!!’