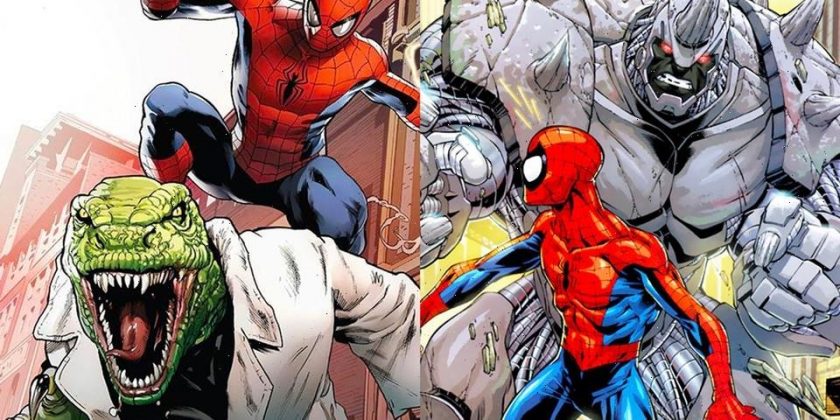 Joining rumors of casting Willem Dafoe as the Green Goblin and Thomas Hayden Church as Sandman, the latest rumors reveal the potential return of villains from the ‘The Amazing Spider-Man’ movies in Spider-Man: No Way Home.

During a recent episode of Jeff Sneider’s The Sneider Cut podcast, word of Rhys Ifans and Paul Giamatti reprising their roles as the Lizard and Rhino from The Amazing Spider-Man 2 surfaced. The latest rumors further fuels speculation that Spider-Man: No Way Home will help Sony Pictures and Marvel Studios set up the Sinister Six for Tom Holland‘s Spider-Man.

Currently, it has already been confirmed that Alfred Molina will be returning as Dr. Otto Octavius aka Doctor Octopus and Jamie Foxx will be playing Electro once again in Spider-Man: No Way Home.