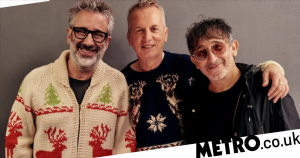 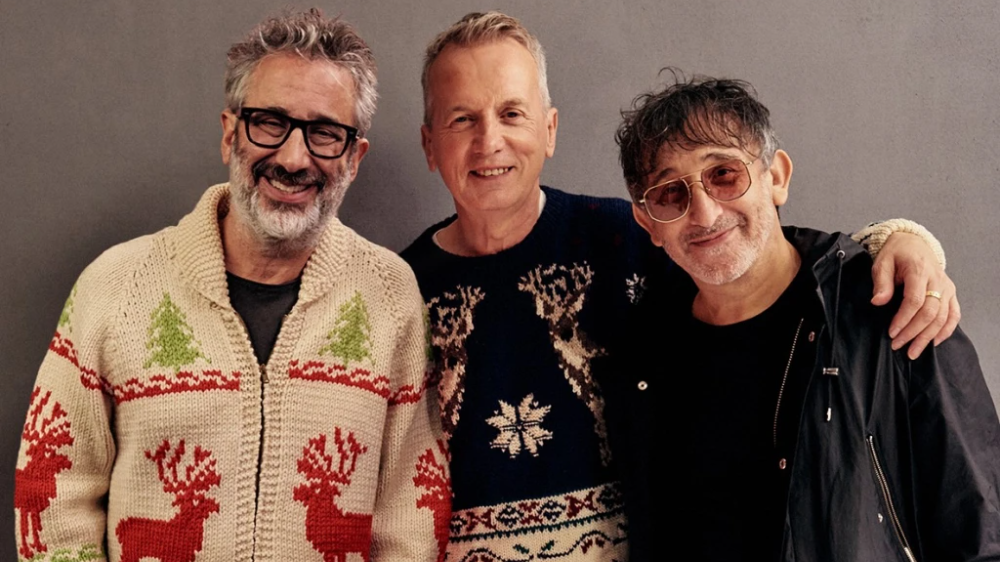 You may never have thought of Three Lions (Football’s Coming Home) as a Christmas tune, but now it can be!

Ahead of the festive season, David Baddiel, Frank Skinner and The Lightning Seeds have recorded a new version of their iconic football anthem, before the World Cup kicks off in Qatar on November 20.

The famous song was first released by Baddiel, Skinner and Lightning Seeds frontman Ian Broudie in 1996 as England battled it out in the Euros, and the men’s team still haven’t quite managed to ‘bring it home.’

Baddiel, Skinner and the Lightning Seeds were then so inspired when England Women won the Euros this summer, that they re-recorded the track with new lyrics.

The new rendition of the hit song actually includes an audio clip of the Lionesses triumphant press conference following their historic victory.

Also in the lyrics are references to Skinner’s alcoholism and a subtle nod to ‘snowflakes’ – and not just the wintery kind.

Speaking of the new release, Baddiel joked: ‘At last it’s between me and Mariah Carey for who really is the voice of Christmas.’

On why they decided to give the football anthem a new lease of life, Skinner added ‘“We just had to do it. Christmas World Cup songs are not like buses. If we’d let this opportunity pull away, it would have been a very long wait for the next one.’