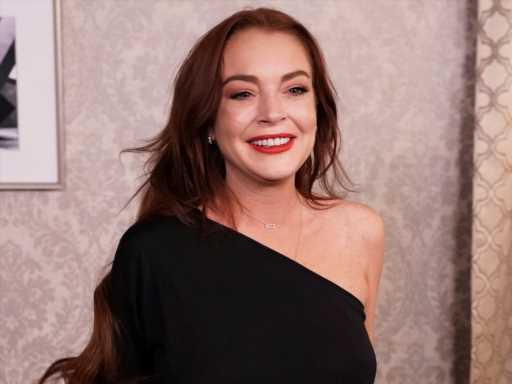 Lindsay Lohan is coming back to our screens, and we cannot wait for our favorite Mean Girl to steal everyone’s hearts yet again. But before her comebacks hits Netflix, she’s turning heads with a cover story that is making waves all over the internet.

On Oct 31, Lohan showed everyone that she’s in her comeback era, and she intends for all eyes to be back on her and her money movies. She uploaded a photo from her upcoming Cosmopolitan cover story with the caption, “Cosmopolitan: The Work Issue! 🤍.” She also tagged everyone who made it possible, from the creative director to PR agency, thanking them all for making it possible.

You can see the cover photo here!

In the photo, we see Lohan rocking her iconic fiery red hair (and matching red lipstick), giving the camera a fierce smolder. She’s wearing a curve-hugging all-white suit we can’t stop staring at, paired with delicate jewelry all over.

A couple of hours later, she shared a series of photos from the shoot, sharing it with the caption, “Cosmo Photoshoot 💚.” You can see those photos here!

Throughout the photos, we see the Parent Trap star in a variety of poses and an even bigger variety of ensembles from Anthony Vaccarello, Alexandre Vauthier, Chanel, and Valentino, to name a few. (If you’re curious, she listed every detail in the caption!) We especially adore photo number five of her rocking the iconic red lipstick and black mini-dress as she kisses the camera, along with the last image of her in a grand, sparkling Valentino dress. She looks like she’s having the time of her life, throwing popcorn and laughing jovially! 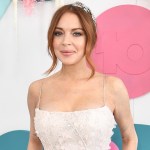 In the same interview with Cosmopolitan, she talked about how she’s so excited to return to the spotlight as the new Netflix film Falling for Christmas comes out next month. In “I’m really excited. It’s fun to be back in New York and doing shoots. And I love this part of the process,” she said. “After you’ve filmed, this is the fun part. So I feel really great and just really excited and happy.”

Lohan added that she chose to return with a rom-com because it “was really comforting to me,” adding, “It was the right fit for me, especially to be able to executive produce it.”

Before you go, click here to see celebrities who have returned to acting or singing after retiring. 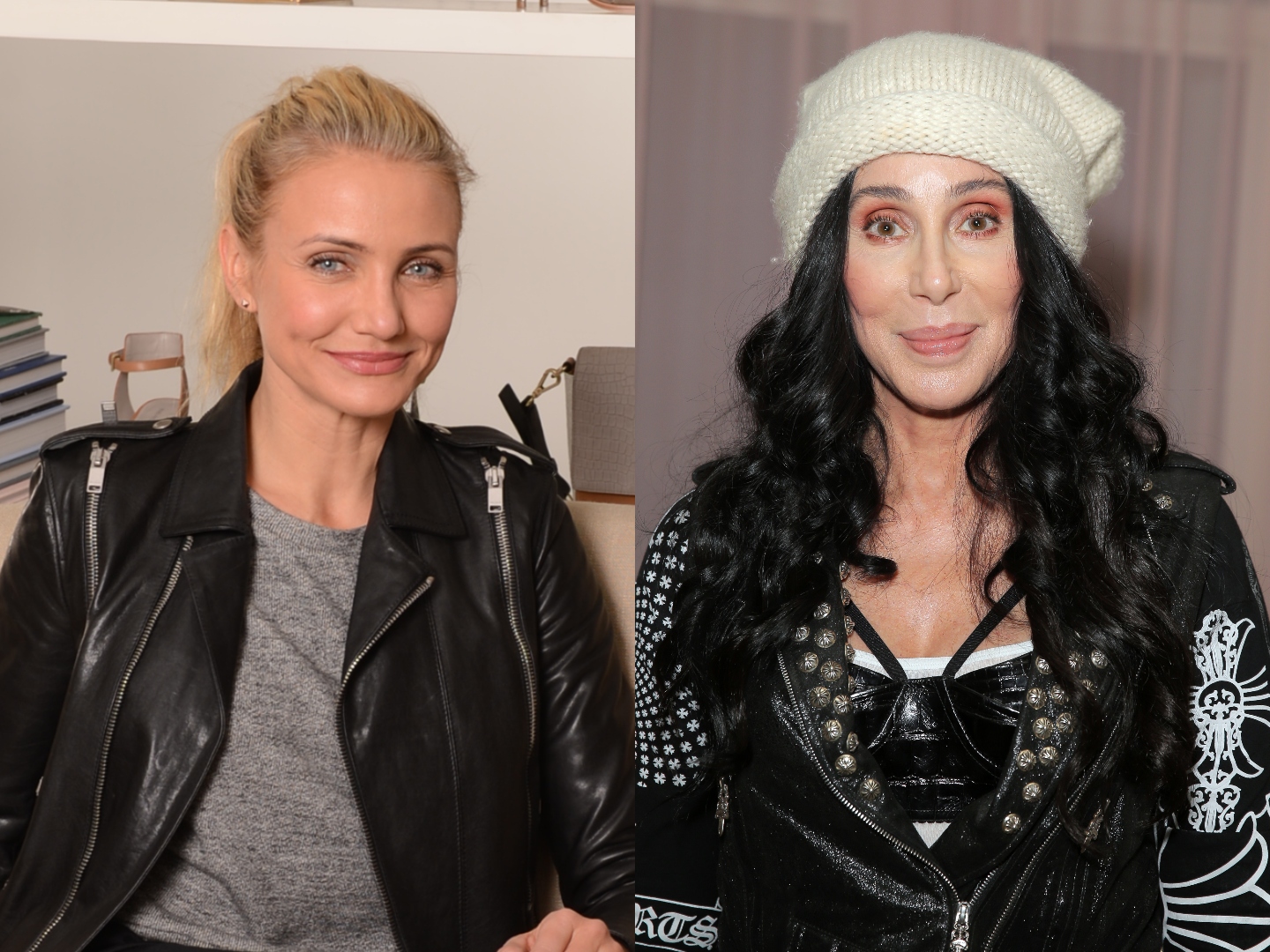