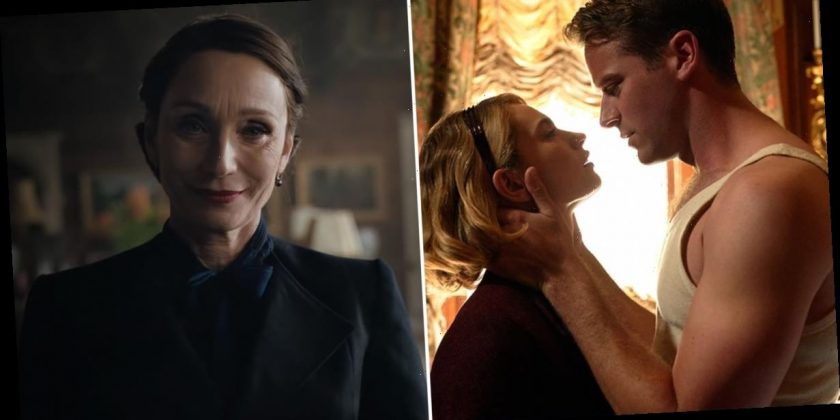 When something seems too good to be true, it usually is. In Rebecca, after a whirlwind romance in Monte Carlo, a young woman (Lily James) finds herself married to the handsome widower Maxim de Winter (Armie Hammer). While settling in at his estate called Manderley, she discovers from the ominous housekeeper Mrs. Danvers (Kristin Scott Thomas) that all may not be what it seems when it comes to the death of his late wife, Rebecca.

You can’t blame James’s character for being swept up in Hammer’s charm, I’d certainly be sold after that steamy beach picnic. Rebecca seems to have everything that makes a good period film juicy: glitz, glam, and a mystery that needs to be unraveled. Based on the

popular novel of the same name by Daphne du Maurier, it’ll be interesting to see how faithful of an adaptation Netflix’s version is when it premieres on Oct. 21.