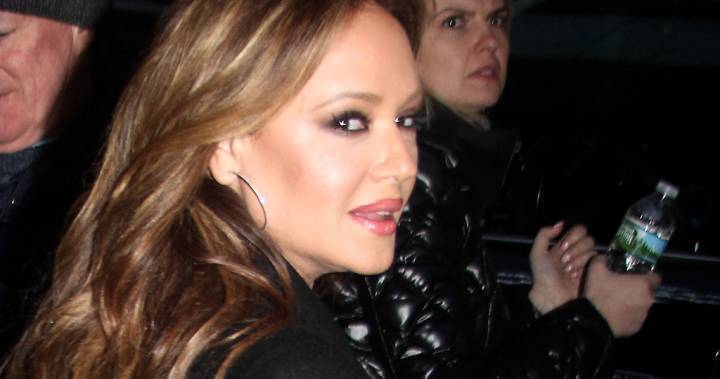 Leah Remini and TV network A&E have been accused by the Church of Scientology of inciting the murder of one of its followers at the beginning of January.

A 16-year-old boy was arrested on Jan. 3 after a man, 24-year-old Scientologist Chih-Jen Yeh, was fatally stabbed in the neck outside a Scientology complex in Sydney, Australia. Another man was also injured in the incident.

Authorities on the scene said that the violent act happened following a “domestic incident” that took place the day before the stabbing between the boy and his mother, who is a member of Scientology.

Multiple reports from Australian news outlets say the boy “begged” his mother not to go through with a purification ceremony at the church — a process documented by Scientology as “Purification Rundown,” a “detoxification program” which supposedly “enables an individual to rid himself of the harmful effects of drugs, toxins and other chemicals.”

The boy was allegedly trying to force his way into the building when he was asked to leave the complex.

The BBC reports that the stabbings took place in a driveway of the facility when he was being escorted off of the property. The New South Wales police said the boy dropped a 25-cm-long knife after being confronted by officers armed with Tasers. Police took the as-yet-unnamed minor into custody. The teenager is in custody and has been charged with murder.

Following the incident, the Church of Scientology said it was willingly helping police with their investigation.

“We cannot make any further comment beyond the fact that the victim was a beloved member of our Church,” said the church’s liaison office in Australia in a statement. “We are working closely with the police in relation to this matter and cannot release any further details. We will continue to fully cooperate with the police in relation to their investigation.”

Now, the church blames A&E, Remini and her Scientology and the Aftermath co-host Mike Rinder for inciting the violence against Yeh.

“The attacker was inspired by an anti-Scientology website that featured your people and included a link to Remini’s show,” said Scientology spokeswoman Karin Pouw in a letter (with the subject line “Re: Blood on your hands”) sent to A&E Networks Group president Paul Buccieri. “Week after week, month after month, and now year after year, this series has poisoned the airwaves in an avowed effort to create hatred against the Scientology religion and Scientologists. Hatred and propaganda always find their mark, especially among those weak and vulnerable to their appeals. And now it has born strange and bitter fruit.”

“For years, A&E executives ignored our warnings that the series was inspiring bigotry and violence,” the letter continued. “You knew what you were doing. Your intent was to stir up hate and turn it into cash. Now somebody has been murdered. Your indifference and obsession with stirring hate underwrote this murder.”

Scientology and the Aftermath first aired in 2016, and since then, it has garnered much critical acclaim, even landing Remini, Rinder and the network a Creative Arts Emmy for Outstanding Informational Series.

On Aftermath, ex-Scientologists Remini, 48, and Rinder, 63, seek to tell the unheard stories of people who’ve managed to leave the religious organization. Along the way, the viewer gets some insight into Rinder’s and Remini’s expansive experiences as well.

Both of them are now classified by the church as “Suppressive Persons” (SPs) — people who seek to speak ill of Scientology — along with any journalist looking to tell a negative story about the religion. The treatment that befalls SPs is meant to be so unbearable, and in some cases so completely life-ruining, that they’ll cease their crusade to bring down Scientology.

The Church of Scientology vehemently denies all accusations and statements made by Remini, Rinder, the former Scientologists and Aftermath. The organization has a website dedicated to disproving all the claims of Aftermath and to discrediting Remini and Rinder.

Global News has reached out to Scientology to verify the contents of the letter.

As of this writing, Remini and A&E have not publicly responded to the accusations or the letter. Rinder, speaking with 7 News Sydney, said that the church always tries to shift the focus to Aftermath instead of taking responsibility.

“They basically seek to shift the blame to our show for their abuses,” he said. “Their statement that this is all caused by A&E and our show because someone apparently looked at a website that mentioned our show — that’s absurd.”