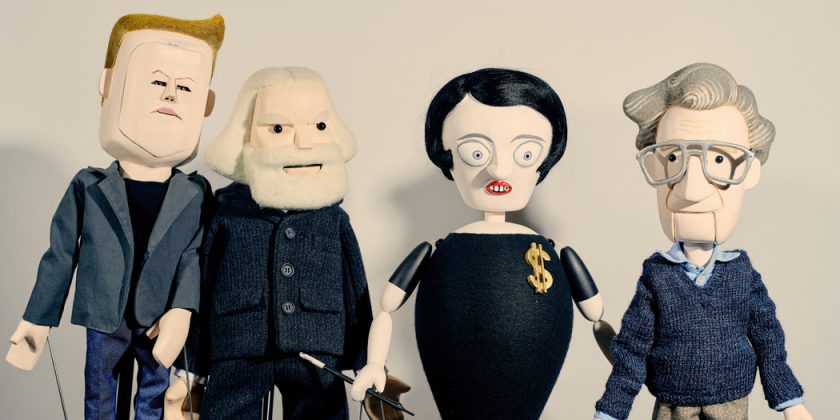 The novelist Chimamanda Ngozi Adichie, the musician Laurie Anderson, the photographer JR and a puppet representing Noam Chomsky will be among the luminaries present as the American version of the worldwide Night of Ideas festival expands beyond New York to four additional cities.

The free philosophy event, held in dozens of cities around the world, first came to New York in 2015, under the auspices of the Cultural Services of the French Embassy. In 2019, it will be held at the Brooklyn Public Library on Feb. 2, as well as at venues in Los Angeles (Feb. 1), San Francisco (Feb. 2), Washington (Jan. 31) and Houston (Jan. 26).

Brooklyn, where events will run from 7 p.m. to 7 a.m., is the only place where philosophy, like the subway, runs all night. The sunset-to-sunrise lineup features some 50 speakers and performers, including Todd May, the philosophy consultant for the television show “The Good Place.”

There will also be a performance of “Manufacturing Mischief,” a puppet show featuring the miniature Chomsky, and a stealth appearance by Souffleurs Commandos Poétiques, a strike force of 13 artists who will circulate through the crowd, whispering poetry into visitors’ ears.

Highlights of the event in Los Angeles, at the Museum of Natural History, include a talk by the climate scientist and Nobel Peace Prize laureate Robert Lempert and a vegan fashion show, to coincide with the opening of Vegan Fashion Week. In Houston, where the event will be held at Rice University, guests can see performances by both Ms. Anderson and “Climate Elvis,” otherwise known as NASA oceanographer Josh Willis.

Depending on the venue, shots of Socrates, Kant and Nietzsche will be supplemented with chasers of yoga, tai chi, meditation, music, dance and virtual reality experiences.

Bénédicte de Montlaur, the cultural counselor of the French Embassy in the United States, said the goal was “to offer a profusion of lenses with which to face and investigate some of the most pressing issues of our time.”