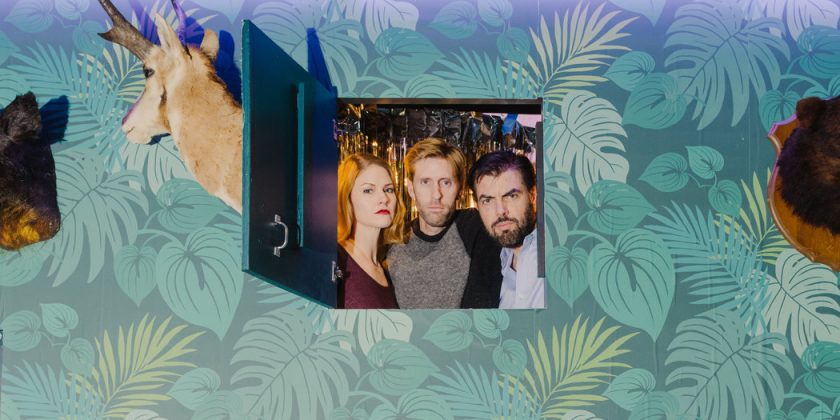 It’s morning in the Park Avenue apartment of Penelope and Harold Ryan, and after eight years apart they’re getting used to each other again. He’d been gone for so long on his far-flung adventures that he was recently declared dead.

Now that he’s back, like Odysseus returned from the Trojan War, he expects everything to revert to the way it used to be — which means that Penelope must do whatever he commands. When she tells him the cook has quit and they’ll have to go out for breakfast, he orders her to the kitchen, spewing a racial slur.

Night after night at “Happy Birthday, Wanda June,” a Kurt Vonnegut satire from 1970 that’s been dusted off for a powerfully timely Off Broadway revival by Wheelhouse Theater Company, that word detonates in the audience with an audible shock.

It offended the ears when the play was new, too, but Harold is a “Trumpian guy,” in the estimation of Jason O’Connell, the actor who plays him. A wealthy white relic of an earlier age, he will say whatever he likes.

“People don’t use that word anymore,” Penelope tells him, but her mild rebuke merely provokes him.

It’s the penguins that do the trick, really, sending Harold’s macho bluster so far over the top that — as ugly as he’s being, as despicable as he is — the audience laughs. Jeff Wise, who directed the play, says he is astounded every time.

But Vonnegut, of course, meant to get that response. A cultural critic at a combustible moment, he used dark and zany comedy to skewer and ridicule. When he ventured from novels into playwriting with “Wanda June,” which opened on Broadway in the wake of his 1969 antiwar masterpiece, “Slaughterhouse-Five,” he was sending up a particular breed of man: a swaggering, bellicose bully who subscribes to a cult of manliness that valorizes combat, loves nothing more than slaughter, and views the purpose of women as sex, reproduction and servitude.

The Wheelhouse revival, running through Nov. 29 at the Duke on 42nd Street, initially opened last spring at the Gene Frankel Theater downtown. There it proved a stealth hit, partly for its spirited lampooning of toxic masculinity and fetishization of gun violence.

“This is a simple-minded play about men who enjoy killing — and those who don’t,” Penelope, played by Kate MacCluggage, tells the audience right at the top.

Also contributing hugely to its impact is Mr. O’Connell’s vain, boastful, charismatic portrayal of Harold Ryan. Just as the actor sees the president in the character, some audience members have responded to Harold that way, too.

But, Mr. Wise said recently over lunch in the West Village, Trumpian echoes were not the reason that Wheelhouse — which Mr. Wise, its artistic director, founded in 2016 with some fellow alumni of the N.Y.U. Graduate Acting Program — chose to produce “Wanda June,” the show that put them on the radar. 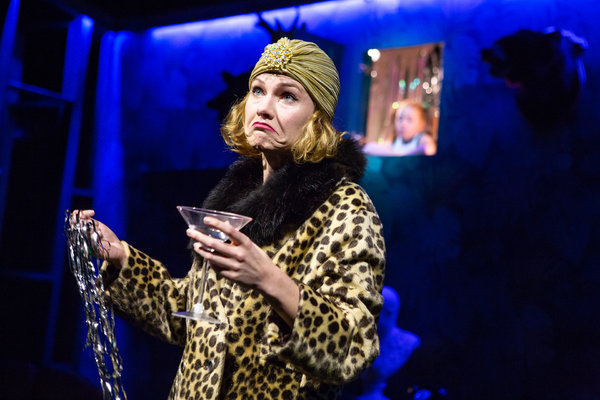 It’s a shaggy, meandering, three-act tale that they admired for its irreverent humor, social relevance and physicality. Set mainly on the Upper East Side of Manhattan — and, somewhat surreally, also in heaven, where a little girl named Wanda June finds herself after being hit by an ice cream truck — it ran for not quite three months on Broadway in 1970 and ’71.

Reviewing the original 1970 Off Broadway production in The New York Times, Clive Barnes damned it with faint, conflicted praise: “There was not much I found to admire in the play, but a surprising amount to love.”

Vonnegut’s daughter Nanette saw the Broadway production and the Wheelhouse staging, too. A teenager when her father wrote the play as a pitch-black comic protest against the Vietnam War, she remembers his anxious, helpless anger back then — the profanities he shouted at the television news, sure that the number of American dead was higher than reported.

“I have four brothers, who were all up for the draft,” Ms. Vonnegut said recently. Her father had been a prisoner of war, captured by the Germans in World War II, and the trauma of what he witnessed shaped his worldview and his work. As he watched the Vietnam War unfold, he saw history repeating. But when Ms. Vonnegut was growing up on Cape Cod, she had no idea what he’d gone through.

“The ones who really saw what war did never wanted to clap each other on the back or talk about it,” Ms. Vonnegut said by phone from western Massachusetts, where she is an artist and writer. Like “Slaughterhouse-Five” and much of the rest of her father’s oeuvre, “Wanda June” is “an outgrowth of coming to terms with the evil that he saw, his disappointment in human nature,” she said.

Mr. Wise, whose own 9-year-old daughter, Charlotte, played Wanda June downtown and now splits the role with Brie Zimmer, sees the play’s absurdist style as “fitting for our time.”

“There’s absurdism in the news right now,” he said, “and it’s getting more and more absurd in a very despairing and awful way.”

That makes “Wanda June” something of a risk. Vonnegut believed in laughter as an antidote to pain. But Mr. Wise, Ms. MacCluggage and Mr. O’Connell each mentioned in separate interviews that a show that contains inadvertent echoes of recent events is not a show that everyone feels up to laughing at.

“Even in the last few days,” Mr. O’Connell said in late October, “there are elements of the show that played funnier in April that feel a little darker now, and I don’t think we’re doing anything differently with them. I think people are receiving them differently.”

Ever since Christine Blasey Ford’s testimony during Brett M. Kavanaugh’s Supreme Court confirmation hearings, Mr. O’Connell said, a scene between Harold and Penelope — he is intent on having sex with her; the feeling is not mutual — comes across differently than it did last spring.

Night to night, too, sensitivities change.

The evening of the October day when 11 people were murdered at a synagogue in Pittsburgh, the moment in the show that didn’t work involved Nazis, Ms. MacCluggage said. At a performance right after a different mass shooting, she recalled, a line that Harold speaks went over like “a stomach punch”: “Whomever has the gun, you see, gets to tell everyone else what to do — it’s the American way.”

Vonnegut was a fan of Laurel and Hardy, Charlie Chaplin and Monty Python, his daughter said, and she believes he would have been tickled by Wheelhouse’s “Wanda June.”

More grimly, though, she does not think that her father, who died in 2007, would have been surprised by the moment the world finds itself in. “He was really tired by the end of his life because he kept seeing these things happening,” she said. “I’m really glad he’s missing this.”