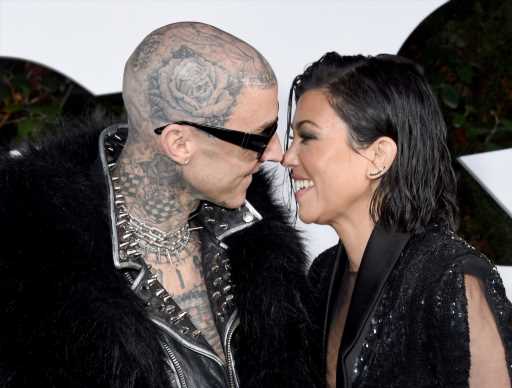 Kourtney Kardashian hasn’t been shy about how little she cares for the spotlight. The Poosh founder famously took a hiatus from filming Keeping Up With The Kardashians after the massive physical fight she had with Kim Kardashian during the Season 18 finale back in 2020.

And while she has returned to reality television on her own terms with The Kardashians, it looks like she and husband Travis Barker might give up the limelight for good in favor of the simple life in Tennessee.

The PDA-happy couple visited Tennessee for Barker’s 47th birthday in Tennessee, where he and Kourt enjoyed some crisp outdoor time, indoor rock-climbing, and, of course, matching ensembles. “Spent my birthday in Tennessee,” the Blink-182 drummer captioned a series of snaps on Instagram over the weekend.

“Let’s move there” Kourtney commented along with a beer mug and cowboy smile emoji.

Fans in Tennessee were delighted at the prospect of having the Kardashian-Barkers as official residents of the Volunteer State, with one commenter saying, “You should move to Tennessee to get out of Hollywood,” to which Barker replied that he and Kourt “probably will eventually 🏔️.” 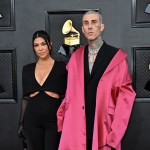 There’s one big sign that they’ll still live at least part-time in LA — the two just shelled out a cool $14.5 million for a cozy beach love shack in Santa Barbara. But celebs do buy real estate like the rest of us buy groceries, so who knows — if they really want to move away from the paparazzi and hustle and bustle of West Coast life, we’re sure they’ll make it work.

But thanks to Kourtney, Barker is now able to travel to new places like Tennessee by plane. In 2008, Barker was in a tragic plane accident that took the lives of two of his best friends. A year after the accident, the other survivor of the crash, Barker’s BFF DJ Adam Goldstein, died by an accidental overdose. Understandably, Barker was hesitant to fly again.

That all changed when he started seriously dating his now-wife. In August 2021, Barker flew for the first time since 2008 with Kourtney by his side. The two have been leading quite the jet-set life ever since and going on romantic getaways like their latest to Tennessee on a regular basis.

Before you go, click here to see celebrities who got engaged lightning-fast.