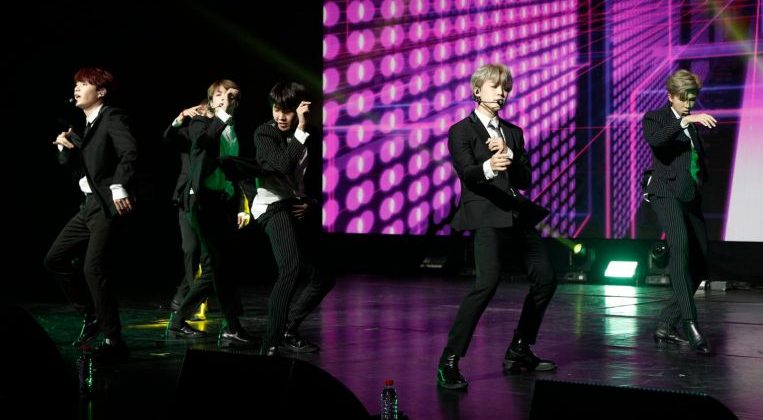 SEOUL – Can South Korean boyband cap a remarkable year by ending up as Time magazine’s 2018 person of the year?

Both the group and the country’s President Moon Jae-in are in the running for the honour given to the person or group with the greatest influence in the past 12 months.

BTS currently leads the magazine’s online poll with 10 per cent of total votes, followed by Mr Moon with 7 per cent, reported the Korea Herald.

Time started holding the online poll in 1998 to let readers weigh in on the accolade, which was launched in 1927.

However, the selection is ultimately made by its editors.

Mr Kim Sung-tae of the main opposition Liberty Korea Party voiced his support for the boyband on Thursday (Nov 22). “Congratulations to BTS, who is leading ahead of President Moon Jae-in, (North Korean leader) Mr Kim Jong-un and Pope Francis in Time’s person of the year poll. I hope (BTS) comes in top in the final result.”

He asked Mr Moon to “consider withdrawing (from the poll) to help BTS win”.

On Oct 10, BTS was included on Time’s list of next-generation leaders and was featured on the cover of its Oct 22 global edition.