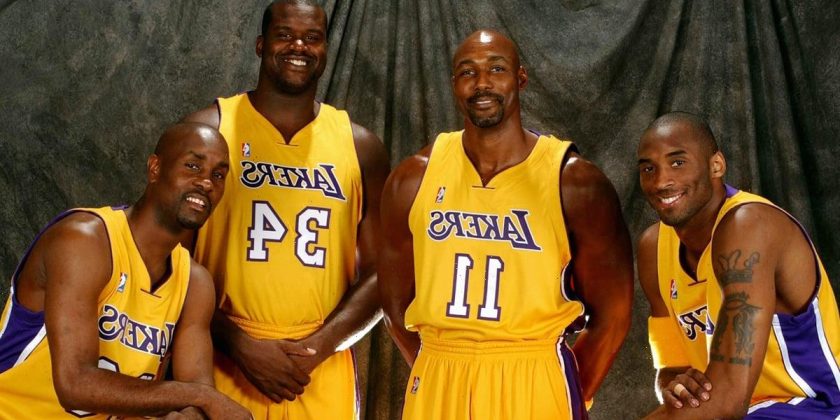 Shaquille O’Neal, Kobe Bryant, LeBron James, Kareem Abdul-Jabbar, Magic Johnson, and more NBA all-stars hit the court in Hulu’s new documentary, “Legacy: The True Story of the LA Lakers.” On June 21, the streaming platform released a teaser trailer — including decades-old footage — for the 10-part docuseries, directed and executive produced by Antoine Fuqua. The series, which features exclusive interviews with players, coaches, and execs, takes a behind-the-scenes look at the iconic basketball team’s legacy, from their “Showtime” era in 1979 to the off-court business deals that resulted in a $5 billion empire.

“When charismatic real estate tycoon Dr. Jerry Buss purchased the Los Angeles Lakers in a wildly risky and complex business deal, nobody could’ve predicted just how much success was to come,” Hulu’s description for the doc reads. “He raised the price of floor seats, introduced dancers and a live band, opened an exclusive private club inside the arena, and cultivated famous fans in Hollywood. . . . But all of that success did not come easy. Along with notorious feuds, career-ending illnesses, and a bevy of insurmountable on-court obstacles, the Lakers have also weathered intense drama off the court — within Dr. Buss’s own family.”

In addition to celebrating the team’s on-court success, the doc will examine the “sibling rivalry, interpersonal conflict, and corporate unrest” prominent among company execs over the last 40 years. Unlike HBO’s “Winning Time: The Rise of the Lakers Dynasty,” which dropped in March, “Legacy: The True Story of the LA Lakers” is executive produced by Lakers CEO and controlling owner Jeanie Buss and will feature interviews that shed new light on the collision of “family, business, and power” that threatened the Lakers’s emblematic legacy.

“Legacy: The True Story of the LA Lakers” Release Date

Hulu has not yet set a premiere date for “Legacy: The True Story of the LA Lakers.”

“Legacy: The True Story of the LA Lakers” Trailer

On June 21, Hulu released a teaser trailer for “Legacy: The True Story of the LA Lakers,” featuring clips from interviews with players, coaches, and top Lakers execs. Watch the full trailer here.