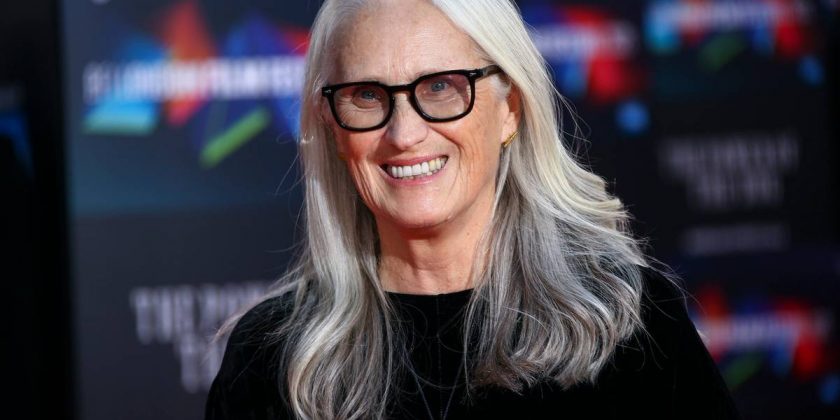 Dame Jane Campion sits in a Los Angeles hotel suite talking to the world. A team of Netflix publicists are mustering journalists from various time zones from one virtual waiting room to another, to await their 10-minute chats with the director and her cast about The Power of the Dog, Campion’s Central Otago-shot film set on a 1925 Montana cattle ranch.

The film centres on Phil Burbank, played by Benedict Cumberbatch, who owns the family farm with his mild-mannered brother, George (Jesse Plemons). When George marries local widow Rose (Kirsten Dunst), Phil makes life hellishly uncomfortable for his new sister-in-law and her teenage son, Peter (Kodi Smit-McPhee), until he forms a strange bond with the young man.

Phil is one conflicted, closeted cowboy. He’s good with a lasso, a banjo and a horse and keeps a shrine in his barn to his mentor, Bronco Henry. He springs from the 1967 Thomas Savage novel, which Campion adapted into her screenplay. Cumberbatch’s performance isn’t another of his eccentric geniuses but something that will remind viewers – and the period and the hat helps – of Daniel Day-Lewis in There Will Be Blood.

If the story has echoes of Brokeback Mountain, there is a connection. Its author, Annie Proulx, wrote an afterword to a reprint of the Savage book in 2001. Campion sought out Proulx to talk about writing about the American West from a female perspective.

When Campion pops up on screen she is, as always, in black glasses, black top, silver hair for miles and a gleaming smile, which is hidden slightly behind a large, serious retro microphone.

She possibly needs a serious mic because she has been in talk mode ever since The Power of the Dog debuted at the Venice Film Festival in early September, winning her the Silver Lion for best director.

As well as opening the New Zealand International Film Festival last week, there are not many major North American, UK or European festivals it hasn’t played.

Netflix had two best picture contenders this year and last. In past years, it has been backing established Hollywood and art-house names – including Alfonso CuarOn, Martin Scorsese, Aaron Sorkin and David Fincher – on prestige pet projects. Now it’s Campion’s turn in her first feature since 2009’s Bright Star, about the love affair between poet John Keats and Fanny Brawne. In between, there were two Top of the Lake miniseries, both BBC-backed productions, the first of which was made in and around Queenstown. At the time, Campion expressed the view that television was where the most challenging and creative work was being done.

Now, she has returned to feature film, albeit one that most of the world won’t see in a cinema, even if it’s the kind of movie that deserves the biggest screen possible.

If Campion is nominated for a best director Oscar, she will be the only woman to have been nominated twice. Her first nomination was for The Piano, for which she won best original screenplay, having won the Palme d’Or in Cannes – she remained the only woman to have won the festival’s top prize until this year. There are connections between The Piano and The Power of the Dog. That’s up for discussion in her brief talk with the Listener, as is the fact that the movies the Australian-based director makes in her home country tend to do really well …

You've already been on quite a ride with this movie. Do you feel some momentum?

I do feel the momentum. I’m really excited about it for the film, in the sense that what you really want when you put all that energy into something is that, if it does connect with people, it’s going to have a life. Because people will have heard about it and be intrigued to maybe go check it out themselves. Especially in New Zealand and Australia, where the film is going to be widely available, which is brilliant that they can have the opportunity, if they feel safe enough, to go and see it in the cinema.

Much of the film was shot in Central Otago. So what was it like living in the Maniototo?

Well, in the preparation period for it, it was bleak. The weather was so brittle and terrifying and the wind factor there is one of the highest in New Zealand. I was honestly really scared that we would not get our ranch built because the conditions were so brutal and difficult. But then as summer came on, it became this heavenly place. I was thinking, “How is the crew and everybody going to handle this? This is so isolated.” But everybody came and they all went, “We’re in love with this area.” Most people didn’t really want to leave. But then they hadn’t been there in winter, which is quite horrible.

This one follows a pattern – the movies you've made in New Zealand tend to do very well. Have you noticed that?

I have noticed that. Perhaps I should just wake up to that. Stop this nonsense about doing things anywhere else and that’s where I should be shut up and stay there.

I guess a lot of the films I’ve made in New Zealand have very New Zealand content, such as The Piano and An Angel at My Table, and the TV series Top of the Lake. I guess I am in love with the New Zealand landscape. I think I’ve learnt my love of landscape from living in a country with such spectacular atmospheres.

Talking of The Piano, you've described this as being a bookend piece to that film. How so?

I think because they’re both epic landscape stories, and one is really exploring a point of view that had rarely been seen in cinema before, which was from a female point of view, a woman that had given up even trying to speak. She was so convinced it was a pointless exercise and she wouldn’t be heard. So, there’s that conceit. And this story is set in a very masculine ethos, which is Montana or in the West. But with a big twist to it, in the sense that the writer himself lived there, knew the world deeply, but had a secret.

And once again, the delivery of a piano [after George buys a baby grand for Rose] causes a few domestic problems.

I know. I was like, “Oh, no, for God’s sake!” This was the only thing I didn’t like in the book. It’s another piano story. Everyone will think I’m nuts. They’ll think, “Yeah, she has gone back to The Piano story. That worked. That was successful.”

That piece that Rose and Phil play was like honky-tonk. It was the Radetzky March. Such an irritating piece, over and over.

With Phil on banjo, an instrument that has been a signal for some unsettling things in other movies …

Yeah. There was that amazing banjo duel in Deliverance. Obviously, it was all coincidental, but Jonny Greenwood, who is our composer, called it “The Ugly Duet”, which I think was a great way to think about Rose and Phil playing off each other. Or Phil outplaying her.

From the authors you've adapted before – Janet Frame, Henry James, Keats – Thomas Savage seems like an odd man out, an American writer who wrote about cowboy stuff.

A lot of the stuff that is in the novel actually came out of his own life, and I think the quality of his writing is so fricking amazing – the quality of his observations and the fact that he’s demystifying the myth of the West, which is getting pretty shaky now. We know that American indigenous peoples were stripped of their land rights, customs and life in the West. So, not so amazing. In fact, terrible.

You've said you identified a lot with Phil. How so?

Well, it’s my job to identify with every character. To be honest, when I went to direct it, I felt a little bit of hesitation, or I didn’t really know how to get close to him. So I had to work hard for that and actually did some dream work with a woman who does Jungian dream work. I think it’s the most help I’ve ever had as a director, feeling a character inside me.

He’s a hard character to invite in, and she sort of just facilitated the relationship. But once I sort of understood the world, from his point of view, it was a great gift. It’s part of the problem with the world right now. Whether you agree with someone or not, have the grace to look at their point of view in-depth. It’s what I think real communication is. Or real listening. Or real discussion or a real teasing out of a new subject or argument.

Now, everybody is so polemic about it, and they take their point of view and they go red in the face and become furious and argue.

We need to take on that challenge of actually explaining someone else’s point of view, one you don’t necessarily have yourself. We’re going to go into very dark and horrible places if we don’t learn how to have that generosity.

The Power of the Dog is in cinemas now. It will be available on Netflix from December 1.