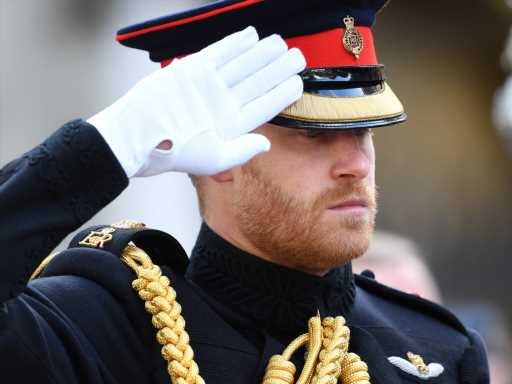 It’s been a long two-and-a-half years, but Prince Harry is allowed to proudly wear his military uniform for Queen Elizabeth II’s vigil at Westminster Hall in London on Saturday. This major decision was made by King Charles III, which is quite the about-face from the Duke of Sussex being required to wear a suit at the procession from Buckingham Palace to the Queen’s current resting place earlier this week.

A palace insider told People that this wardrobe change was made “at the King’s request,” although no further information was available about why Charles made that decision. The source also noted that Harry did not ask for the adjustment, he “was prepared to wear whatever was asked and his focus is on honoring his grandmother.” The rule originally required only senior royals to wear their military uniforms, which meant Harry and Prince Andrew were not on that list. (Andrew also gets to wear uniform on Saturday.)

The Duke of Sussex served in the British Army for a decade and did two tours of Afghanistan, but he has been very clear he will honor any wardrobe guidelines put forth by the King. He issued a statement earlier this week to shut down any speculation about what he would be wearing this week. “Prince Harry, The Duke of Sussex will wear a morning suit throughout events honouring his grandmother,” the press release read. “His decade of military service is not determined by the uniform he wears, and we respectfully ask that focus remain on the life and legacy of Her Majesty Queen Elizabeth II.”

When he stepped down as a working royal, the greatest punishment for Harry was losing his “honorary military appointments” which meant so much to him. It’s a role he took very seriously and prided himself on being a veteran of war. Royal watchers shouldn’t get too used to seeing Harry wear his military uniform as this seems to be a temporary situation due to extraordinary historical events. After Queen Elizabeth II is finally laid to rest, it’s likely that Harry’s strict wardrobe guidelines will go back into place.