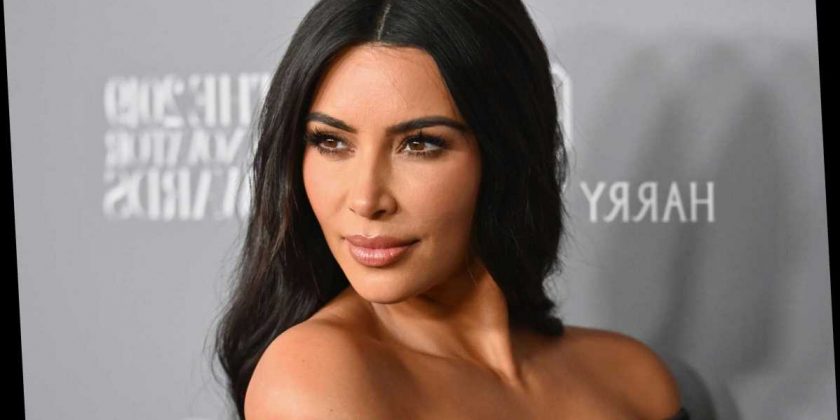 Kim Kardashian gave fans an inside look at her family’s reaction to Kanye West’s gift for her 40th birthday.

The “Keeping Up With the Kardashians” star reposted a video blog over the weekend from her over-the-top birthday party, where she took friends and family to a private island to celebrate.

The video shows the family reacting to West giving Kim a hologram of her late father Robert Kardashian, who died in 2003 eight weeks after he was diagnosed with esophageal cancer.

Kim posted a clip showing West’s gift on Instagram last month, but the new post is the first footage showing family members seeing the hologram for the first time.

In the clip, viewers can see Kris Jenner, Khloe, Kim and Kourtney wiping away tears as they watch the hologram. (In a previous interview, Jenner said some members of Kim’s “inner circle” also were present.)

Once the recorded message ends, everyone in the room is seen crying and wiping tears.

Kim, who said she thought she was sitting down to see a light show of some sort, is seen speaking to West on the phone.

“Thank you for that,” she says. “Seriously, thank you.” Someone else adds: “Can we watch it again?”

Last month, Kim publicly thanked her husband for giving her what she called the “Hologram from Heaven.” She said it was the “most thoughtful gift of a lifetime” and posted the clip to her Instagram account.

“It is so lifelike and we watched it over and over, filled with lots so tears and emotion,” the KKW beauty business founder wrote at the time. “I can’t even describe what this meant to me and my sisters, my brother, my mom and closest friends to experience together. Thank you so much Kanye for this memory that will last a lifetime.”

Khloe commented on Kim’s post that it was the “most special gift EVER!! We ALL appreciated this so so much!!! Such a moving and emotional moment.”

Kris Jenner spoke about the hologram in an interview with Andy Cohen on his Sirius XM show “Radio Andy.” She revealed that certain family and friends were all “summoned” to a room to watch West’s gift while they were celebrating Kim’s birthday on the island.

“It started and we just all started to cry. It was so, you know, intense, but I must have watched it 20 times,” Jenner said.

The momager added that after the video played “all we could hear was each other crying. … It was really emotional. And the first thing we wanted to do was see it again, and again, and again. It was very special.”