Kim Kardashian and Kris Humphries’ 72-day marriage is still a fixture in the Hall of Fame for short-lived celebrity marriages and during a no-holds-barred interview with Andy Cohen that aired Thursday night, the reality star admitted that she had misgivings about the wedding the night before the ceremony.

The sit-down with the Bravo host — the second part of which airs Sunday — was part of the Kardashian family’s reunion special, marking the end of 20 seasons of their hit reality show, “Keeping Up With the Kardashians.” All five sisters — Kourtney, Kim and Khloe Kardashian and Kendall and Kylie Jenner — appeared with their mom, Kris Jenner, to discuss the events of the past 14 years.

Despite Khloe Kardashian giving a speech at her sister’s engagement party declaring that the marriage wouldn’t last ― and Kris Jenner trying to get her daughter to run away the night of the rehearsal dinner ― Kim Kardashian said she didn’t feel like she could bail on the wedding and her future husband.

“I thought, ‘OK. We’re filming this for a TV show. If I leave, I’m going to be known as the runway bride forever. And it’s gonna be a huge joke,’” she explained of her hesitation to flee before the wedding in 2011. “And I think, ‘I have cold feet.’ So I was like, ‘OK guys, it’s just cold feet, I’ve got this.’”

She added, “And you know the show paid us, obviously, a fee to film the show. I took my entire fee, and probably Kris [Humphries] ’cause I wanted a bigger wedding than what they were gonna pay for. So I used all of our production money on the wedding. So if that was fake, I would’ve like, saved my money.”

When Cohen asked point blank if Kardashian partially went through with the wedding for the show, she answered yes without skipping a beat.

“I felt pressured. I felt like I was gonna let everyone down,” she said.

The reality star said that she realized she had made the wrong decision by the time that the couple got to Italy for their honeymoon.

“And then I went to New York, and I was miserable,” she said.

“But I was so nervous to break up with someone, I handled it totally the wrong way. I fully broke up with him in the worst way and I just didn’t know how to deal.”

When Cohen asked Kardashian if she thought she owed Humphries an apology, she said, “Absolutely!” 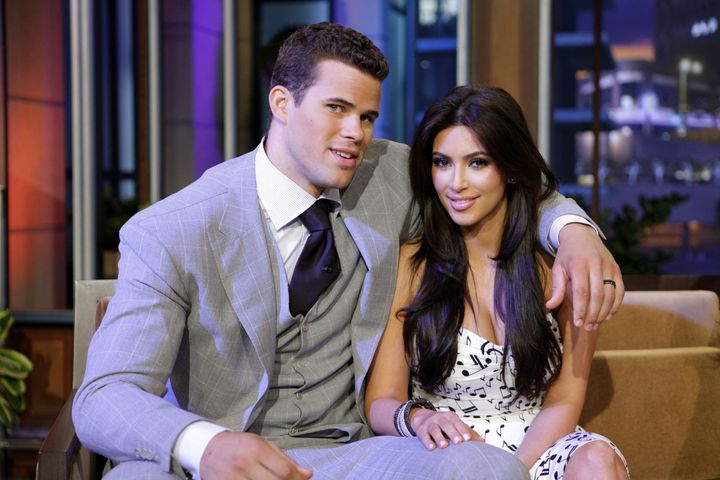 “And I tried calling him for months,” she said. The two ran into each other once at the Beverly Hills Hotel, Kardashian added, but he wouldn’t speak to her.

“He’s very faith based,” she said. “And so I’m sure he would’ve loved to not have a marriage on his record. He wanted an annulment.”

“If I was mature, I would’ve wanted the annulment too. I wish I was only married once,” the Skims creator added.

Kardashian and Humphries began dating in 2010 and got engaged in 2011. They tied the knot on August 20, 2011, at a private estate in Montecito, California, all filmed before E! cameras. Kim filed for divorce on Oct. 31 of the same year, something the NBA player seemed to be blindsided by.

“I love my wife and am devastated to learn she filed for divorce,” he told TMZ at the time of Kardashian’s divorce announcement, saying that he’d found out about the breakup through TMZ itself. “I’m committed to this marriage and everything this covenant represents. I’m willing to do whatever it takes to make it work.”

Kardashian, who was once also married to music producer Damon Thomas, is in the process of divorcing her third husband, Kanye West. The two share four children together: North, Chicago, Saint and Psalm.