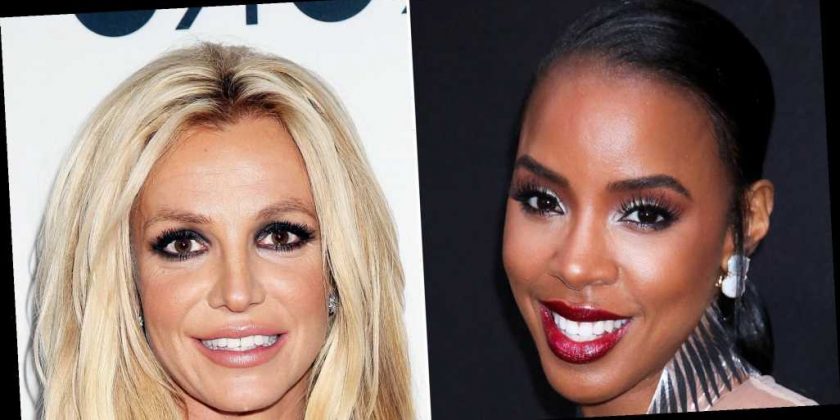 The new Britney Spears documentary has been the talk of the town since its February 5 premiere, catching the attention of Miley Cyrus, Paris Hilton, John Mayer, the View panelists and even Jon Bon Jovi. There is one celebrity, however, who still has not seen it: Kelly Rowland.

“I’m having a hard time in wanting to watch it,” the former Destiny’s Child member, 40, admitted on the Watch What Happens Live With Andy Cohen aftershow on Thursday, March 4. “I really respect the fact, like, when artists say, ‘This is a documentary. It’s OK to watch it.’ You know what I mean?”

Rowland explained that because Spears, 39, has not authorized The New York Times Presents’ “Framing Britney Spears” episode, she would prefer to give the Princess of Pop “space” and “privacy” for the time being.

“I kind of respect [those boundaries],” she told Andy Cohen. “But everybody says that they really enjoy it.”

Garcelle Beauvais, who also appeared on Thursday’s episode of WWHL, then chimed in to share her thoughts on the Hulu and FX film, which she confirmed she watched.

“She was such a young girl living in a fishbowl,” the Real Housewives of Beverly Hills star, 54, said of Spears. “I felt sorry for her.”

The documentary looked back on the Grammy winner’s life and career so far and included interviews with people she worked with over the years, from her longtime assistant Felicia Culotta to record label executive Kim Kaiman. It also examined the conservatorship that she has been under since 2008, which put her father, Jamie Spears, in control of her personal affairs and estate.

Destiny’s Child: Where Are They Now?

While Britney has not publicly commented on the project, she took to Instagram days after its release to share a message with her millions of fans amid her indefinite work hiatus.

“I’ll always love being on stage …. but I am taking the time to learn and be a normal person,” she wrote on February 9. “I love simply enjoying the basics of every day life !!!! Each person has their story and their take on other people’s stories !!!! We all have so many different bright beautiful lives !!! Remember, no matter what we think we know about a person’s life it is nothing compared to the actual person living behind the lens.”

A source exclusively told Us Weekly earlier this month that the “Toxic” singer’s teenage sons, Preston and Jayden, whom she shares with ex-husband Kevin Federline, “are aware” of the documentary and “just want to see their mom happy.”