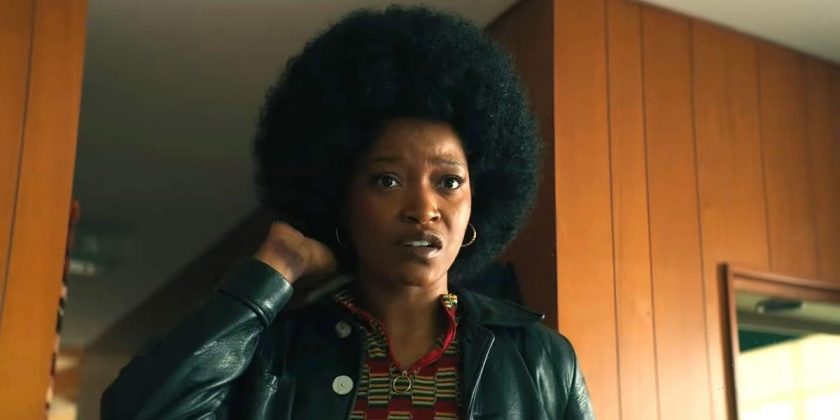 “Alice” is a story beyond people’s scope of slavery. Starring Keke Palmer, the film, directed by Krystin Ver Linden, is based on the historical truth of Black Americans who were unaware slavery had ended under the Emancipation Proclamation in 1863. Recently, Palmer spoke to POPSUGAR about how the film differs from other slavery-based projects and Common being her support system throughout production.

Palmer shares that she didn’t know about stories like the titular character Alice, who eventually learns that she’s free. “I guess that’s obviously Krystin Ver Linden’s point,” she says, adding, “But I felt like it was something that I should have known historically. And the fact that I didn’t was a huge reason as to why I wanted to do the movie.” The film takes place in 1970s Georgia, nearly a century post-slavery (or many are taught).

Movies based on slavery are a pain point for the majority of Black Americans due to the not-so-distant trauma that comes with seeing it on the big screen. It’s still fresh in a lot of ways. Palmer admitted in an Instagram post after the “Alice” debut at the 2022 Sundance Film Festival that she was “apprehensive because I didn’t want the ‘another slave movie’ vibe,” but the movie does a good job of evading that feeling.

Palmer also challenges people to view the movie under the modern context of “feeling so hopeful” during “the eight years we had with [Barack] Obama” and strides toward “greater inclusivity.” Amid that joy, the Black community is still suffering from racism and violence. “It’s so many obvious polarities in the world right now, and I think the way that ‘Alice’ shows the past, but also shows the movement during the 1970s — it’s very similar to where we are now,” she says. “There’s always going to be hardship. There’s always going to be trying times, but you have to look for the silver lining. You have to look for the hope and the faith in order to move forward . . . Hopefully, it can be a good feeling to look at the past as a way to move forward.”

“Alice” is an honest take on the 1970s reality of slaves held in captivity, as well as Black liberation. When Palmer’s character is able to run away from her plantation, she’s rescued on the highway by Common’s character, Frank, a former political activist and truck driver. The movie doesn’t skew toward trauma, but it isn’t without it, either. Palmer says having Common as a costar was the best-case scenario amid difficult scenes.

“He’s so nice. He’s so warm. He has such a love and affection for women, and I [say] that so respectfully,” she shares with admiration. “I think in dealing with the subject matter I was dealing with and being in a sensitive space that I had to be as Alice . . . His energy and his attitude and just his care for women was so apparent and needed for me during this process. So, I will always love him.” Common’s character similarly mirrors that level of care for Alice, who is in an emotionally taxing situation.