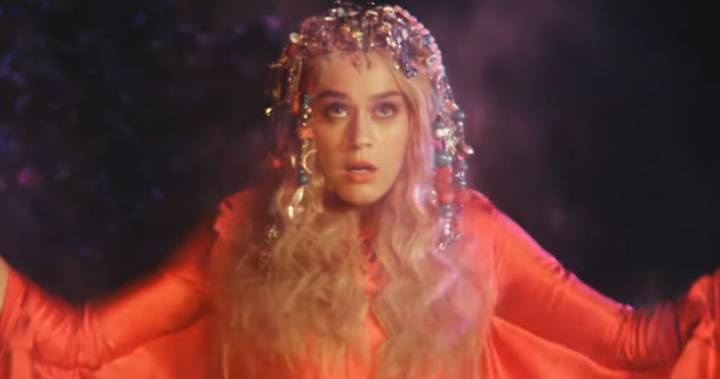 Katy Perry is back on the scene and has dropped a brand-new single — suitable for her comeback, it’s called Never Really Over.

The upbeat tune was produced by electronic pop musician Zedd and was accompanied by a very peaceful and colourful music video.

Never Really Over seems to be about rekindling feelings with a former lover, given its lyrics and extremely vivid tones, which are highlighted in the Philippa Price-directed video.

“Thought it was done, but I guess it’s never really over. Oh, we were such a mess, but wasn’t it the best?” the 34-year-old sings.

The track was teased via social media earlier this week after Perry posted a video that explored the premise of the Never Really Over music video ahead of its release.

The Teenage Dream singer wrote “Let it go…” as the post’s cryptic caption.

It’s currently unclear if Perry is working on a followup to 2017’s Witness album, however back in October, Perry revealed that she was looking to take a break from the music industry.

Following the conclusion of Witness: The Tour, Perry said she had no plans to return to the studio for another album.

“I’ve been on the road for like 10 years so I’m just going to chill,” she told Footwear News. “I feel like I’ve done a lot. I feel like I’ve rung the bell of being a pop star very loudly and I’m very grateful for that.”

However, since then, Perry has not only released Never Really Over but an additional song with Zedd, 365. The AI-inspired tune was released on Valentine’s Day.

Perhaps Perry was joking about her hiatus after all.

Never Really Over is now available on all major streaming platforms.

Additional updates can be found through the official Katy Perry website.