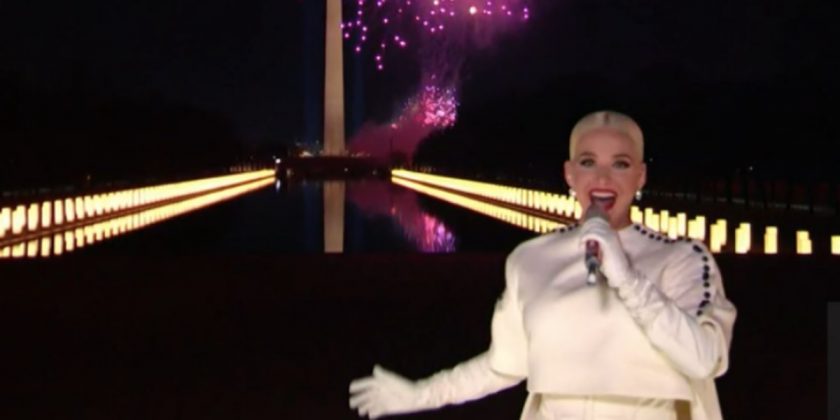 Joe Biden’s evening inauguration special has come to a close with a spectacular performance by Katy Perry, complete with an impressive fireworks display from the US Capitol.

Foo Fighters, Justin Timberlake, Demi Lovato and Bruce Springsteen all performed in the celebratory television special hosted by Tom Hanks, but Perry’s powerful performance was just the right note to end on.

As one viewer pointed out, Yo-Yo Ma performed beautifully at Obama 2009 inauguration, too.

Earlier, Lady Gaga wowed at Biden’s inauguration, nailing her performance of the US national anthem and donninga striking outfit – braids, giant red skirt and most noticeably, an oversized gold dove brooch – that was very Hunger Games.

The Washington Post reports that Trump is “particularly upset” that stars like his vocal critic Lady Gaga and Oscar-winning actor Tom Hanks were booked to perform at or attend Biden’s inauguration.