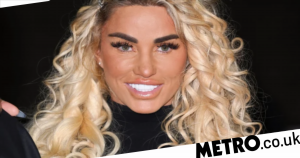 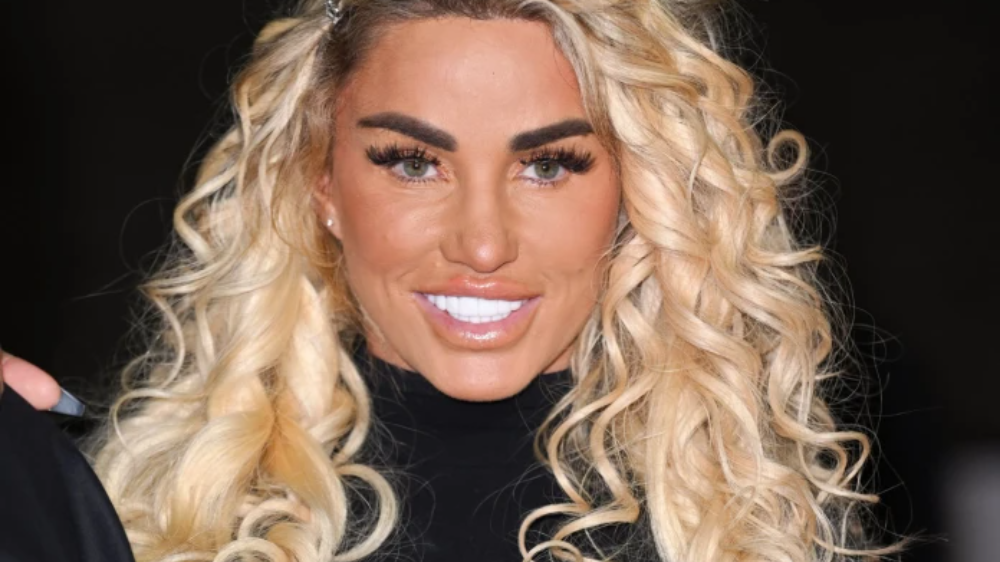 Katie Price recently went under the knife for another breast enhancement – and she’s now revealed just how big they actually are.

The former glamour model had not her first, nor her second, but her 16th boob job, having become known for her ample assets over the years.

It was claimed that the reality star wanted the biggest breasts in Britain, with her latest procedure certainly assisting her on the path to achieve that goal.

There’s been plenty of speculation over the size of Katie’s implants and just exactly what she had done – but we need to wonder no more.

Speaking on GB News for her first TV interview in two years, she was asked by long-time friend Mark Dolan whether she’d have more plastic surgery.

Katie – who has made no secret about her love for botox – had a very enthusiastic answer.

‘Oh my God, that’s just a no brainer! What do you think? Of course!’, she exclaimed.

Speaking about her current boob size, she went on: ‘These are actually the biggest I’ve ever been. They are 2,120 CC.

‘But the thing is, in the daytime when people see me, people can’t understand why I’ve had them done because I never show them… unless it’s for OnlyFans, but I do it for myself.’

She then offered a word of advice for any other person considering getting surgery.

‘If there’s anyone out there who wants to get their boobs done, do it for yourself, not for anyone else or for your career,’ she added.

The mum-of-five was then stunned to learn that her breasts weigh approximately two kilos each, according to broadcaster Mark’s research for a documentary.

Katie got her most recent op in Belgium, and was seen in public with a bandage across her chest upon her return to the UK.

Earlier this month, a source spoke about Katie’s most recent cosmetic procedure and just how ‘massive’ her boobs were set to be.

‘She wants to have the biggest boobs in the country, and these will certainly set her on her way to that goal,’ they told The Sun.

Then, in January, she was pictured for the first time without the bandages as she attended the KSI v FaZe Temperrr boxing match.

Donning a very tight-fitting jumpsuit with duct tape over her nipples, Katie, formerly known as Jordan, looked as though she could burst out of her ensemble.

But, she showed off her new boobs proudly, posing for cameras with her hands in her hair and pouting her lips.