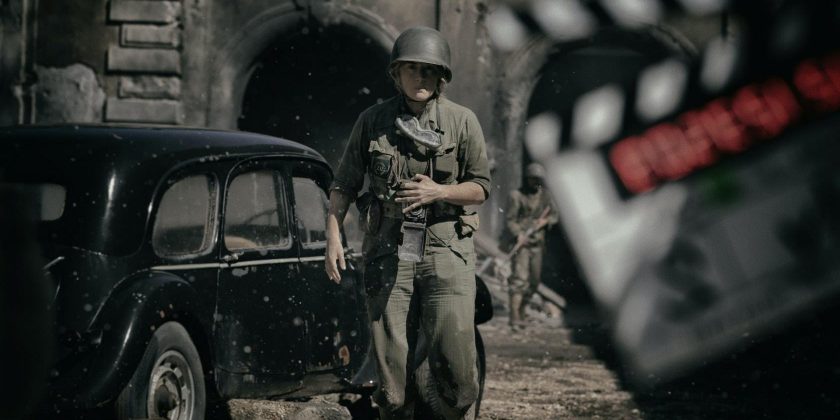 Lee sees Kate Winslet star as Lee Miller, the pioneering war photographer and correspondent whose photos of WWII remain some of the most historically significant records of the time.

From her standout performance in Mare Of Easttown to her Oscar award-winning role in The Reader, it seems like everything Kate Winslet touches turns into gold. And her latest project Lee is shaping up to be no different.

The film, which sees Winslet star as the pioneering American war correspondent and photographer Lee Miller, is currently in the midst of filming in Croatia – and we’ve just been treated to our first look at Winslet in action (which you can check out above).

If one thing’s for sure, Winslet certainly looks the part – and we can’t wait to see her bring Lee Miller to life onscreen sometime in the near future. For now, however, keep reading to check out everything we know about the Sky Original so far.

What is Lee about?

Lee may be centred around the life of Lee Miller, but it’s not a biopic. Instead, the film centres around the most significant decade of Miller’s life, when she travelled to Europe to capture the horror of WWII on the ground.

As the film’s description reads: “As a middle-aged woman, she refused to be remembered as a model and male artists’ muse. Lee Miller defied the expectations and rules of the time and travelled to Europe to report from the frontline. There, in part as a reaction to her own well-hidden trauma, she used her Rolleiflex camera to give a voice to the voiceless.”

It continues: “What Lee captured on film in Dachau and throughout Europe was shocking and horrific. Her photographs of the war, its victims and its consequences remain among the most significant and historically important of the second world war.

“She changed war photography forever, but Lee paid an enormous personal price for what she witnessed and the stories she fought to tell.”

Who stars in Lee?

Alongside Winslet, the film also stars Andy Samberg – who will be playing Life Magazine photographer David E. Scherman – and Alexander Skarsgård – who is taking on the role of English Surrealist painter, photographer, poet and biographer Roland Penrose.

Rounding up the film’s central cast is Marion Cotillard who will be playing Solange D’Ayen, the fashion director of French Vogue and a close friend of Miller’s.

Who else is involved with Lee?

The film marks the directorial debut of acclaimed cinematographer Ellen Kuras, who previously worked with Winslet as a cinematographer on Eternal Sunshine Of The Spotless Mind.

Antony Penrose – who wrote The Lives Of Lee Miller, the book which the film is based on – is also be serving as a consultant to the production.

Is there a trailer for Lee?

Not yet, but we’ll keep this space updated when it does get released.

When and where will Lee be released?

We don’t yet have a release date for Lee as filming is currently underway, but we do know it’ll be released via Sky as one of the brand’s Original films.