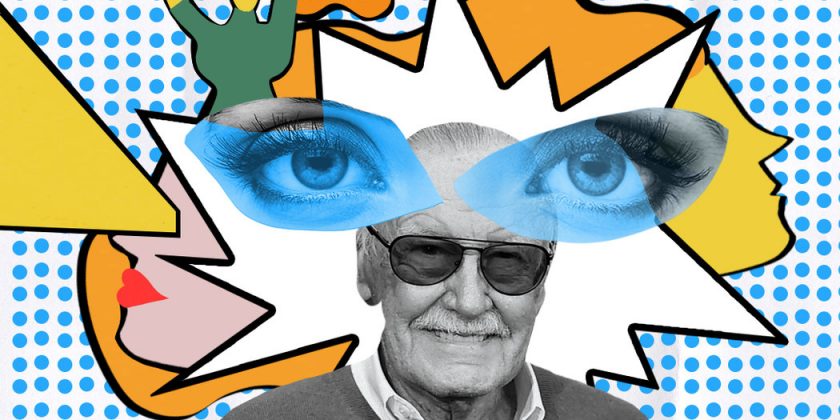 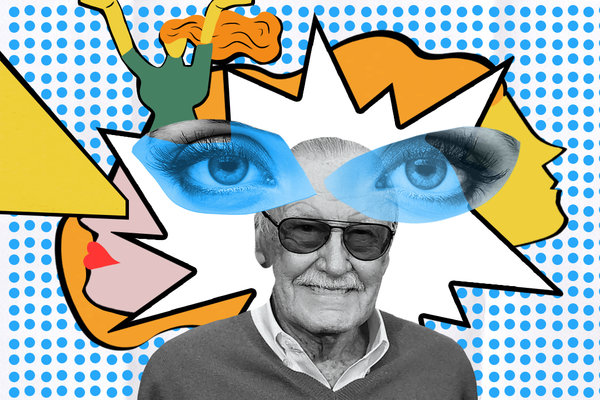 “I am so honored to have played a part in your universe, and will forever look back on the opportunity with love.”

— Halle Berry, in a tribute to Stan Lee on Instagram. She played Storm in the “X-Men” films.

I spent most of childhood buried in comic books. Despite the stereotype that the genre belongs to white suburban teenage boys, there were few outlets better for a girl like me who felt like a stranger in a strange land, or more specifically, an Arab in a small Kentucky town. In comics, being an outsider is your boon, and using your strangeness to conquer negative forces makes you a hero.

So the death of the comic book revolutionary Stan Lee this week, at age 95, got me thinking about his impact on how I perceive, and have perceived, women in the comics universe.

In the 1960s, Mr. Lee started creating female characters who played second fiddle to no one and had agendas besides getting the guy — like conquering evil and saving the world, no biggie — and unparalleled powers like shape-shifting, telekinesis and invisibility.

[Sign up here to get future installments of the Gender Letter delivered to your inbox!]

“Comic book history is chock-full of readers who wanted female characters to be sexy, dressed in revealing clothing and not particularly smart,” Bob Batchelor, author of the 2017 biography of Mr. Lee, “The Man Behind Marvel,” told me this week. But Mr. Lee instead opted for a “different, modern sensibility” — portraying female characters as leads and superheroes — marking a significant new phase for comic books, Mr. Batchelor said.

So while I continue to wait for my latent powers to manifest, I’ll take this chance to highlight a few of my favorite super-sheroes created by Mr. Lee.

Granted, like several of Mr. Lee’s early super-sheroes, Sue Storm did fill the role of love interest as well, but Mr. Lee was “pushing boundaries as much as possible,” Mr. Batchelor said.

Scarlet Witch, like the Wasp, was an Avenger. She would often save the team with her overwhelming “hex powers,” and Mr. Batchelor called Scarlet Witch “possibly the most world-changing of any superhero in the Marvel Universe.”

The Wasp, despite being a sexy female teammate, was highly valuable and intelligent, using her ingenuity and smarts to outdo villains — “particularly when the other members were either too aggressive or headstrong to act rationally,” Mr. Batchelor said.

For those of you who think comic characters fall squarely into the realms of either good or evil, meet Jean Grey: one of the original “X-Men” and one of the most complex and important characters in the Marvel Universe, as well as one of Mr. Lee’s most enduring and popular.

As an Omega-level mutant, the most powerful class, she has virtually unlimited power and can manipulate the universe in her palm, making her one of the few characters who can destroy it.

Inspired by Norse mythology, Mr. Lee created the goddess of death Hela. She is thought of as the most powerful female supervillain in the Marvel Universe and a match for any supervillain, no matter the gender. She has been portrayed as one of only a few characters who could go head-to-head with Thor.

The 2017 film “Thor: Ragnarok” is the only film in the Marvel Universe to feature a woman as the main villain. In it, Hela was played by Cate Blanchett.

What else is happening

“I will return to work as my true self.” The Supreme Court is considering taking up cases on whether a federal law covers bias against gay and transgender people. [The New York Times]

“He said that it was distracting.” Female runners at a New Jersey university practiced in sports bras near the football team. The school told them to go elsewhere. [The New York Times]

Fewer teenagers are having sex. Despite the easing of taboos, Americans are in the midst of a sex recession, studies are showing. [The Atlantic]

On GQ cover, Serena Williams is “Woman” of the Year. Critics said the magazine’s use of quotation marks seemed to call the athlete’s gender or femininity into question. [The New York Times]

What have movies taught women? How to be good or bad? How to smile and flirt, fight and surrender? We want to know. [The New York Times]

“This city confuses me.”

Ginny Pope was wary of New York City when she visited from Cisco, Tex., in 1990. Ginny, above right, then 20 years old, made the trip to perform in the Macy’s Thanksgiving Day Parade with her drill team.

Her coach had told her to keep smiling, but her mother told her to “look straight ahead, mind your business, and no one will bother you,” she told The New York Times.

When Ginny saw a man “using the restroom on the street,” she said, “New York should be ashamed of itself.” But as her visit progressed, she was dazzled by the Statue of Liberty and the Broadway musical “Gypsy.” She was surprised to learn the city contained trees and children.

“Everything I said about New York yesterday, forget about it,” she said. “This city confuses me.”

Gender Letter helps you keep up with the world, and the women shaping it. Tell me what you think at [email protected].

Sign up here to get future installments delivered to your inbox.