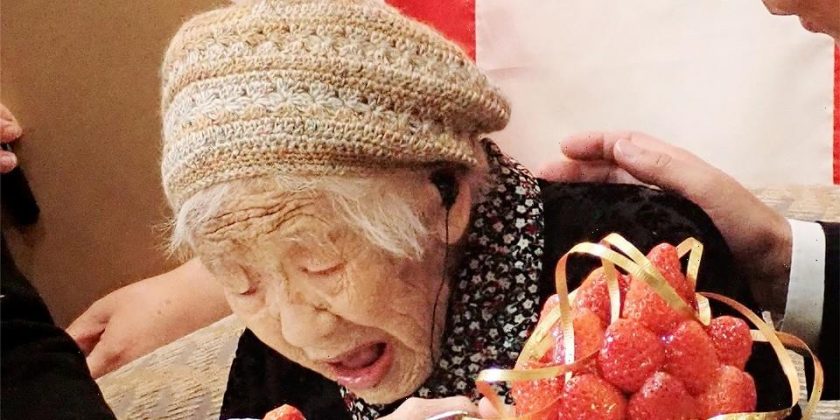 The world’s oldest person has just died. Kane Tanaka, aged 119, was born in 1903 in Fukuoka, Japan, where she gave birth to four children and adopted a fifth. Recognized by the Guinness World Records, Kane Tanaka was visited by their crew in 2019 to deliver her the award for the oldest person alive, where when they asked when she was the happiest during her 100-plus years on Earth, she responded with “now.”

She spent her last years in a nursing home and enjoyed playing Othello, eating chocolate, solving math problems, and practicing calligraphy. Fukuoka governor Seitaro Hattori commented, “I was looking forward to seeing Kane-san on this year’s Respect for the Elderly holiday and celebrating together with her favorite soda and chocolate. I am extremely saddened by the news.”