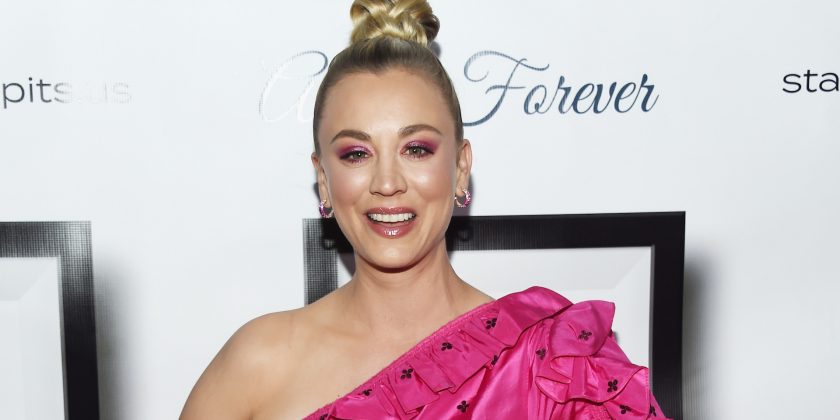 Maybe someday commenters will stop speculating on Kaley Cuoco’s body and whether or not she’s pregnant when she posts photos on Instagram, but that day is not today. On Wednesday, the Big Bang Theory star shared a photo from her Swiss honeymoon with her husband Karl Cook that showed them kissing in front of a scenic view. In the pic, the pair are leaning forward from a few feet apart, which caused the outfit Cuoco was wearing to billow out from her stomach.

In response, several of her followers commented to ask if the pose was to hide a baby bump. “When’s the baby due??” wrote one commenter. According to Us Weekly, Cuoco took a screenshot of some of the comments and posted it on her Instagram Story in order to respond to — and shut down — the speculation.

“I’m so sorry I bent over in a way to where my dress billowed in the wind and made you think this,” Cuoco reportedly wrote beside the screenshot, per Us. “Question. Would you walk up to me and ask this straight to my face?”

Unfortunately, this isn’t the first time Cuoco has had to field social media speculation about her body or her allegedly pending motherhood. Us reports that in October, Cuoco also posted to her Instagram Story to ask if people would be so bold as to ask her questions that they leave in comments to her face.

“So, because I’m in traffic I thought I’d take this time to comment on some Instagram trolls,” she said in a video that she recorded at the time. “I posted a picture this morning of my sister and I from an event last night and people said I looked pregnant. Would you ever walk up to someone on the street or at an event where they’re obviously dressed up and say, ‘Are you pregnant?’ It’s just so comedic and shocking that people would ask that.”

One fan commented on Cuoco’s most recent post, “Why are you so defensive when people ask you if you are pregnant?” Another wrote, “Why do [sic] upset over fans asking for and being happy for u at the idea of a baby on the way. Maybe a little to [sic] sensitive.”

Honestly, we’re on Cuoco’s side. There’s never any reason to comment on a stranger’s body, nor to ask invasive questions. If and when Cuoco and Cook decide to expand their family, it will be up to them when and how they share the news with fans, if they choose to do so at all.