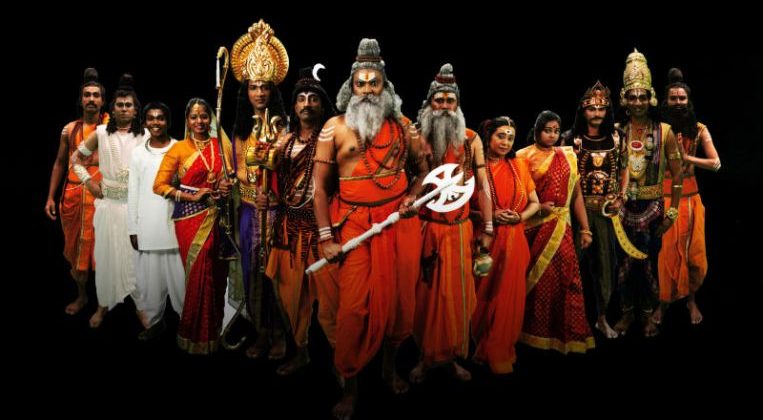 SINGAPORE – In the brand-new Tamil play Parasu, the title refers to both the warrior-sage Parasurama and the axe he wielded against women and men alike.

The mythical warrior is considered the sixth manifestation or avatar of the Hindu god Vishnu and possibly immortal. His story is punctuated by violent deeds, such as beheading his own mother at his father’s command.

But in this play by local theatre troupe Avant Theatre, his anger is called into question by another mythical character Sita, wife of Rama – another avatar of Vishnu – and heroine of the Ramayana.

Director G. Selva, also artistic director of Avant Theatre, says: “We’ve made Sita bolder here. I’m sure that tone of hers will shock audiences who are used to a more demure character.”

Parasu is the latest in a line of plays from Avant Theatre that have retold the stories of figures from Hindu mythology. Bhishma in 2011 explored the life of the celibate warrior who was respected by both warring factions in the Mahabharata. Stree – The Voices Within in 2014 was inspired by another tale from the Mahabharata, in which the famed warrior Arjuna spent a year in hiding, pretending to be a female dancer.

Parasurama was also a mentor and teacher to figures from the Mahabharata – set generations after the Ramayana – passing his skills on to Arjuna’s teacher Drona, and Arjuna’s great rival Karna.

The play Parasu, written by local writer Elavazhagan Murugan, presents Parasurama’s many appearances in mythology and queries the cycles of anger and repentance he lives through.

Selva says: “Sita will be able to question Parasurama and say: ‘Calm down, why are you so angry?’ He too will question his anger and ask: ‘Why am I not making rational decisions?’

“But anger can also be productive if you know how to use it. At every point we want the audience to think: ‘Why is he doing this?'”

BOOK IT/PARASU: THE STORY OF AN ULTIMATE WARRIOR

Admission: $30 from Sistic and the Esplanade box office

Info: In Tamil with English surtitles. Admission for ages six and older. Recommended for ages 13 and above.