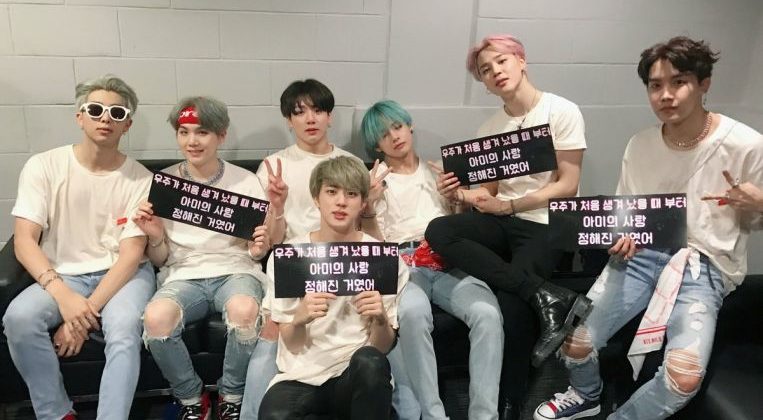 SINGAPORE – South Korean boyband BTS charmed tens of thousands of fans during their sold-out show at the National Stadium on Saturday (Jan 19).

The K-pop septet – known to be very active on social media – saved one last shoutout to local fans.

Their official Twitter account under Big Hit Entertainment tweeted pictures of the boys after the show, saying “Thank you, Singapore!”

They tweeted two photos of the band holding up signs in Korean which read, “From the day the universe was born, Army’s (referring to their fans) love was destined”; and one of the crowd at the stadium on Jan 19.

The day of the concert saw a flurry of activity online from fans as well as the members themselves, with Twitter reporting almost one million tweets from Singapore in 24 hours related to the band’s show here.