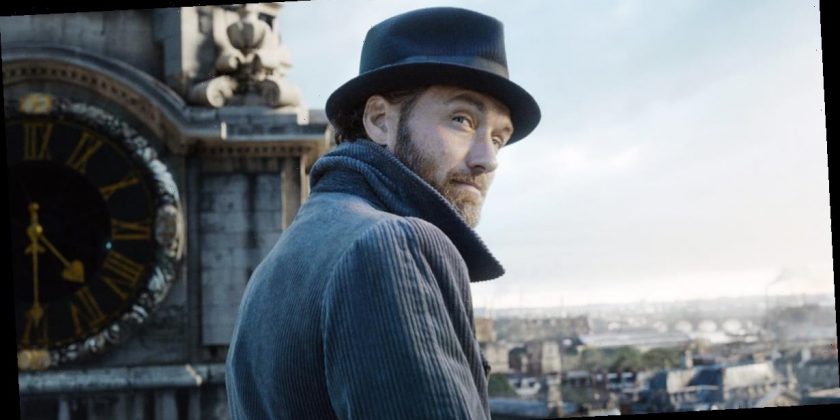 There was a big twist at the end of Fantastic Beasts: The Crimes of Grindelwald, and it sent a ripple through the entire Wizarding World. In the final moments of the film, we learned that Credence Barebone is actually a Dumbledore. First name . . . Aurelius?! If you were confused, you weren’t alone. After all, there’s not a single mention of Aurelius anywhere in any of the Harry Potter books. You’d think he’d be a pretty big name to mention, especially if he is, in fact, a Dumbledore who ends up as Grindelwald’s right-hand man. The easy conclusion, at this point, is that Aurelius must be a brother of Albus, but we don’t think that’s the case. Let’s break it down.

As far as we know, Albus Dumbledore only has one brother and one sister. His brother, Aberforth, appears in Harry Potter and the Deathly Hallows. The real reason Aurelius can’t be Albus and Aberforth’s younger brother is pretty cut and dry. Their father, Percival Dumbledore, gets locked away in Azkaban when the children are very young. (It’s all tied up in the tragic story of their sister, Ariana.) Additionally, their mother dies in a tragic accident involving Ariana, when the latter is just 14! Sounds like the Dumbledore family would be a little too tied up to produce more sons, barring earlier affairs Percival may have had. Again, though, it would be hard for Dumbledore to have a younger sibling, or even a younger half-sibling, with Percival locked away.

So, if you’re wondering how many brothers Albus has, there’s only one. If Percival is the father of Aurelius, we’d bet Kendra is not the mother, making him a half-brother. But something about the vast age discrepancy between Albus and Aurelius has us wondering if they might be uncle and nephew . . . all we can say is: he’s no full-blooded brother of Albus.