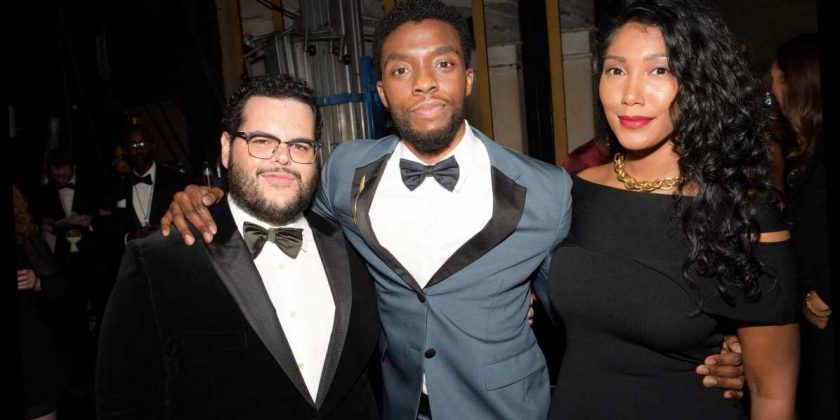 Josh Gad has been paying homage to the life of his friend, the late Chadwick Boseman, by sharing memories and exchanges the two shared.

The 39-year-old actor, who starred alongside Boseman in the 2017 film “Marshall,” shared one of the final text messages Boseman sent him on social media this weekend.

“This was one of my final texts from the brilliant & once-in-lifetime talent, @chadwickboseman – take this in & celebrate life. He knew how precious every moment was. Take none of it for granted 🙏” Gad wrote in a tweet.

Boseman, who died at 43 after a four-year battle with colon cancer, had been upset about the days of rain in Los Angeles and was commiserating with Gad.

“But now that the rain has stopped and today’s storm has cleared, I urge you to step outside and take a DEEP breath,” the “Black Panther” star wrote. “Notice how fresh the air is right now, after our skies have had a 3 week break from the usual relentless barrage of fumes from bumper to bumper LA commuters, and now today’s rain has given the City of Angels a long overdo and much-needed shower.”

“Inhale and exhale this moment, and thank God for the unique beauties and wonders of this day,” the message continued. “We should take advantage of every moment we can enjoy the simplicity of God’s creation, whether it be clear skies and sun or clouded over with gloom.”

Boseman’s musings were welcomed by fans, some of whom remarked “beautiful thoughts from a beautiful mind” and “he sure knew how to make the most of his one precious life.”

“He never stopped giving. 2020 has been so devastating for so many reasons. This one hurts because it’s taking away somebody who is honestly one of the greats. I don’t know how to process this but I want to send my love to his entire family and to all the fans out there. He’s gonna be missed,” he said.

Gad then shared the text message exchange as well as a series of photographs and even a video with his friend.

You can watch below:

Outside of Gad, the lost of Boseman has reverberated far beyond Hollywood as many mourn the loss of his talent and kindness.

The Marvel star was so beloved that the official Twitter account tweeted that the message announcing his death had been the most liked tweet in the platform’s history.

“A tribute fit for a King,” the social media platform said of the tweet that had more than 7.4 million times as of Monday.