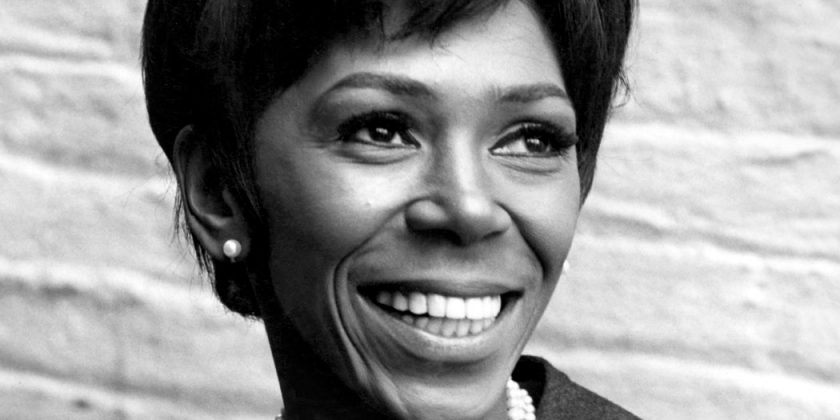 My late mother, Josephine Premice, was a dancer, singer, actress and quintessential New Yorker. She belonged to a coterie of black female performers — Lena Horne, Carmen de Lavallade, Eartha Kitt, Diahann Carroll — whose talents and complexity Hollywood rarely showcased. While they dazzled audiences in nightclubs the world over, and on stages from Broadway to the West End, they rarely appeared on the big screen. The movies had a preferred place for black women: standing behind a glamorous white star as her good-natured maid. But in the absence of a celluloid record, my mother lives on in an indelible reel in my head. 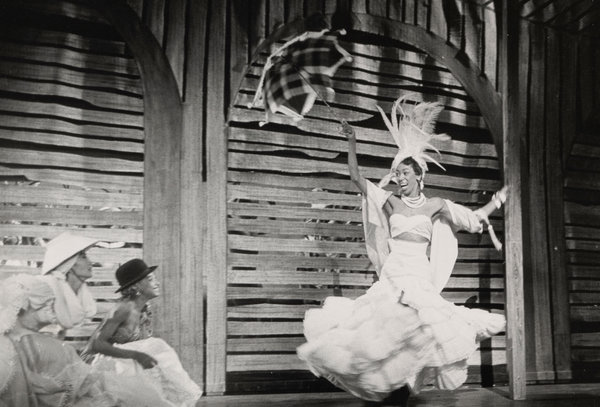 Like a magical Christmas box, The New York Times photo archive added new frames to my memory movie. Images I’d never seen before brought back the turbulent times my mother traversed, and the lessons the journey taught her: that the greatest wealth is spiritual and cultural, that we can create redemptive beauty in every instant of every day and that even death cannot destroy the legacies of faith, hope and creativity.

Born in Brooklyn in 1926 to political refugees from Haiti, my mother treated our home, New York and the world as her personal stage, always asserting her right to embody a multiplicity of cultures. Able to speak and sing in French, Creole, Italian, Spanish and Portuguese; dance everything from a mambo to a minuet; and whip up dishes from gumbo to steak au poivre, she was a walking melting pot.

In a 1957 photo from the set of the Calypso musical “Jamaica,” she is a whirling marvel of youthful energy and swirling petticoats. That was the year she met my father, who was the son of a wealthy family from the Northeastern establishment. She was at the height of her professional success, toast of the stylish supper clubs where Paris and New York society swells rubbed shoulders nightly with glamorous performers of color whose effortless chic they relished.

A head shot dated 1966 shows her shortly after our family’s return from Rome, where my parents had taken refuge from the hostile reaction to their interracial marriage in 1958. (Unlike many papers, The Times reported the union in factual, rather than lurid terms, never even noting the difference in race.) She was preparing to do a one-woman show and jump-start her career after an eight-year hiatus. Always one to defy American society’s expectations and attempts to confine her to an ethnic box, she publicized the show by belting out the ballad “La Mamma,” in Italian, on “The Merv Griffin Show."

By 1969, the country was at war with itself. The artistic was political to many black women of her generation, who used their gifts to advance the Civil Rights agenda. After the racial paroxysms of the 1967 riots, Joseph Papp’s mobile theater project sought to bring culture to the people, even if the people were not always ready for it. According to my mother, during one performance of “Black Electra,” adapted from Sophocles’s original, a drunken man stood up in the audience and complained, “Ladies, y’all are beautiful, but I don’t know what you’re saying.”

In the 1970s, when her cafe-society sophistication was out of fashion and work opportunities were scarce, she continued to express her creativity through endlessly redecorating our apartment and preparing elaborate feasts. Raised by a mother who promised her, “You will enter a kitchen only to give orders,” she’d learned to cook by instinct and did it her way, refusing to use measuring cups or wear an apron.

The photograph of her with Lena Horne that ran alongside her Times obituary in April 2001 was a fitting tribute to her unflagging optimism. The bright-eyed 32-year old looking off to a distant horizon from the Broadway stage was a far cry from the 74-year old who ended her days tethered to an oxygen tank. But though her body had been ravaged by emphysema, her hope and faith in a future world of opportunity remained undimmed. She passed away in her own bed, in her own home on her beloved Upper West Side, declaring in her final days, “I am so lucky!” Hollywood never recognized her protean talents. But New York had provided the ideal stage for the master work that was her inimitable life.

Susan Fales-Hill is an author, screenwriter and television producer.